Coming Out of the Paranormal Closet – Guest Post by Clarissa Johal

Hi guys! Mixing it up today with a guest post by Clarissa Johal, the author of the psychological suspense novel, Voices

Coming Out of the Paranormal Closet 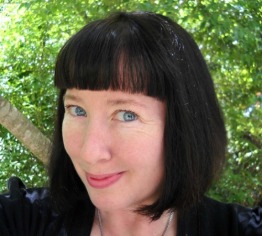 I may just get the eye-roll here, but here goes. I believe in ghosts. Which kind of sounds like I just admitted to believing in Santa Claus or the Tooth Fairy, and I don’t. But then again…  There are a lot of paranormal shows on television that seek proof of ghosts. Any proof. A tiny sound, the small movement of a curtain, a degree drop in temperature. It kind of makes me laugh because, in my opinion, it’s unnecessary. I don’t need “proof” that ghosts exist–I know they do. Why do they need proof? What happens once they get it? What then? I long to go on these shows and point, “There, there and there! Don’t you see them?” But that’s another story. Ghosts were people. People with issues, people without issues. People that want to move on, and some that don’t. I have yet to understand the “other” paranormal entities (non-ghosts, if you will) but again, they are what they are.

My kids don’t understand why I’m unafraid of ghosts and other entities. I write about the paranormal. It’s meant to scare and to cause thought, but it’s fiction. Rarely have I ever come across activity that’s scary. It is what it is. Accept it, and it becomes part of the normal world. Which doesn’t mean I won’t try and scare you, because I delight in that. In my novel VOICES, Moira sees two ghosts and one definitely scares her. Find out why.

Clarissa Johal has worked as a veterinary assistant, zoo-keeper aide and vegetarian chef. Writing has always been her  passion. When she’s not listening to the ghosts in her head, she’s dancing or taking photographs of gargoyles. She shares her life with her husband, two daughters and every stray animal that darkens the doorstep. One day, she expects that a wayward troll will wander into her yard, but that hasn’t happened yet.

*Second place in the Preditors and Editors Readers Poll 2012

A WAY OF LIFE