Another cult classic horror movie I had never seen before in my life I have now happily added to my “Loved it” list. Yes folks, this is what happens when you spend too much time focused on studying and never come up for a pop culture breather. (My time in high school and college were long days and longer nights of keeping up with homework and juggling theater performances.)

Synopsis: A team of some of the biggest badass commandos around go on a rescue mission in a Central American jungle and end up being hunted by an extra-terrestrial warrior.

Holy frack! This was a rip-roarin’ good time!

It was so much fun to watch a bunch of hella-ripped bravado-dripping commandos get slowly taken out by the Predator. The exposition in the beginning felt a little long winded, but it succeeded in introducing the characters enough to be unique from one another and to build up the tension. I enjoyed how the first act of the movie is half focused on the commandos’ rescue mission and half focused on the Predator observing them. And when things really start to hit the fan? Its a wonderful, bloody mess as Arnold Schwartzenegger and his band of equally ripped buddies are slowly being picked off by the Predator. 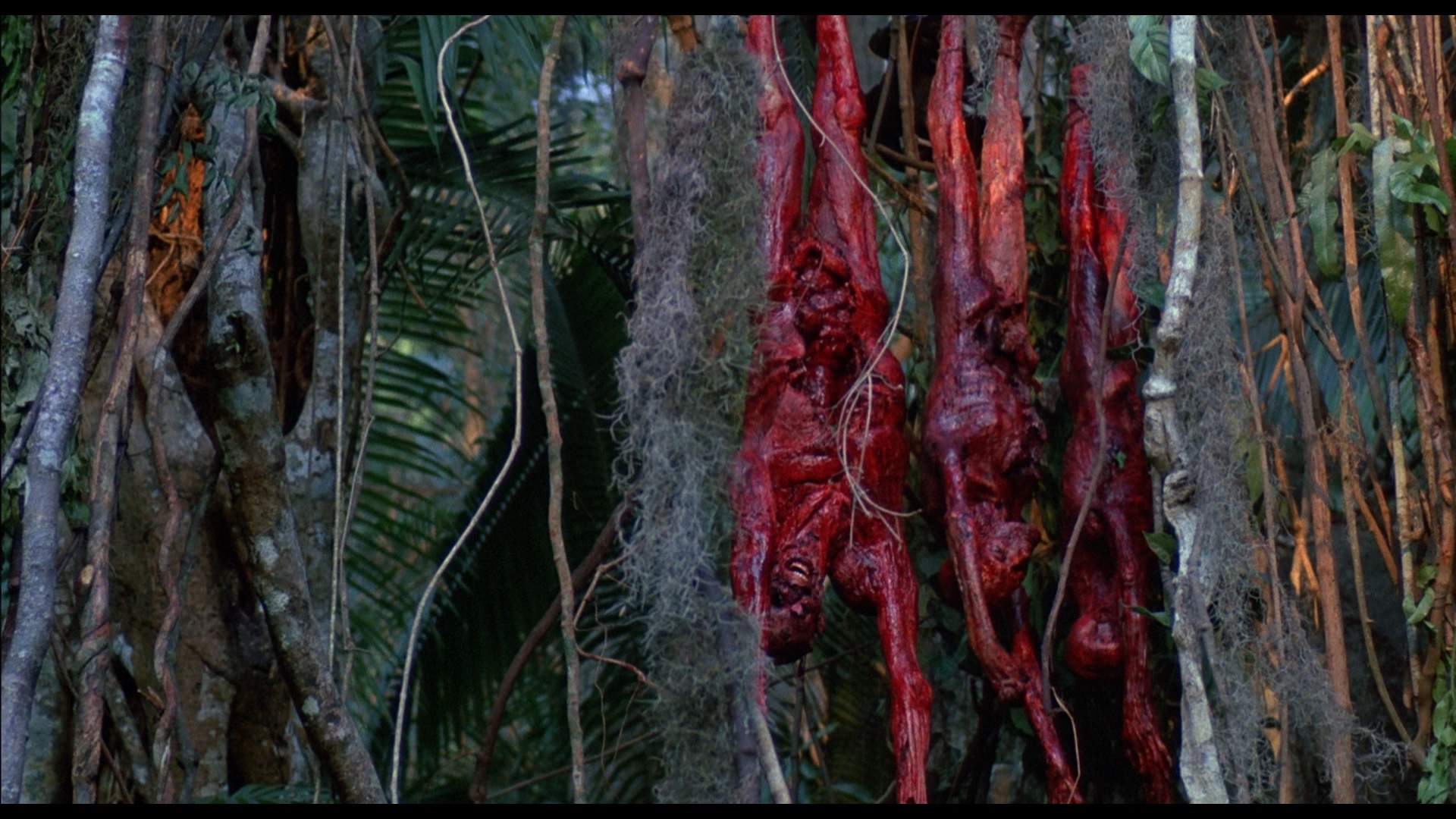 I also enjoyed that, well before the proper carnage, you get introduced to the vicious and ruthless nature of the Predator. As seen in that moment when the commandos discover the strung up and skinned bodies of their fellow soldiers. *shudder* Brilliant. And with particularly well created SFX corpses.

The Critics of the Past

I was reading some reviews of Predator that came out when the movie was first released and was rather surprised to see that they pretty much hated it. But I also felt like they were kind of missing the point.

Here’s an excerpt from a review by Roger Ebert published June 12, 1987

The predator of the movie’s title is a visitor from space; that’s established in the

opening scene. What it is doing in the jungle is never explained. The creature lives in the trees, even though it seems to be a giant biped much too heavy to swing from vines. When Schwarzenegger finally grapples with it, we discover it is wearing a space suit, and that inside the suit is a disgusting creature with a mouth surrounded by little pincers to shove in the food.

Such details are important, of course. Stan Winston, who designed the creature, has created a beast that is sufficiently disgusting to justify Schwarzenegger’s loathing for it. And the action moves so quickly that we overlook questions such as (1) Why would an alien species go to all the effort to send a creature to Earth, just so that it could swing from trees and skin American soldiers? Or, (2) Why would a creature so technologically advanced need to bother with hand-to-hand combat, when it could just zap Arnold with a ray gun? [1]

Although I do agree with his question of why the Predator spent so much time in trees, I do have a few retorts to his questions.

Question (1) Why would an alien species go to all the effort to send a creature to Earth just so it could swing from trees and skin American soldiers?

My Answer: For the same reason humans on various continents go through all the effort to go to the heart of the jungle, just to run around and skin various wildlife. “Sport” sir. Some people consider that sport. The skins and skulls are the Predator was collecting were hunting trophies. I thought the film made that fairly clear.

Question: (2) Why would a creature so technologically advanced need to bother with hand-to-hand combat, when it could just zap Arnold with a ray gun?

My answer: Because when the act of hunting is your main goal (as opposed to killing for food or materials) you enjoy the challenge of overtaking a particularly willy critter more. When the helmet was removed it showed the Predator’s hubris. He thought, “A whimpy little human could never get the best of me!” But underestimating humans, and more importantly, Arnold is a mistake you can only make once.

I thought this movie was a ton of fun. Explosions, awesome creature effects, well executed camera work, and even better gore. 5 out of 5 cult classic stars. I’ll be watching this one again and again, with great big bowls of popcorn.

Now I finally know where one of Arnold’s most famous lines ever came from. “Get to the choppa!”

For your amusement and edification, here are some cool behind the scenes videos I found of Stan Winston’s SFX:

The making of Predator 1987