Exploring the Hidden Museum of the Occult 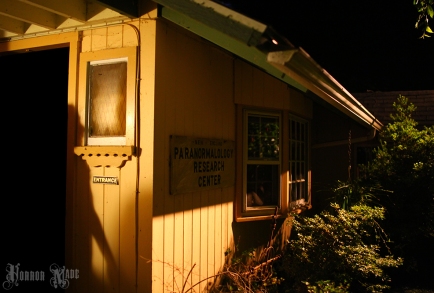 Outside the Warren Museum

Nestled in an unassuming town in Monroe CT, is a little house holding some of the world’s most dangerous paranormal artifacts.

This museum contains a collection of items from paranormal cases that Ed and Lorriane Warren investigated, many of them had to do with some real nasty inhuman spirits. And just because the case is closed, doesn’t mean these items have lost the spirits attached to them.

You might be familiar with a few of the cases the Warrens have worked on. Such as the ones movies have been based on: The Amityville Horror and Annabelle.

Today I’m bringing you a collection of photos Immortal Alexander took while on a visit to the museum (which I sadly missed). I mentioned these photos in the review Kristina and I just did of The Demonologist [click here to watch that].

Ed Warren in the Cemetery Vampir

the most dangerous item in the whole lot. THE Annabelle doll.

And, in case you’re like me and want a little more, here’s a walk through I found on YouTube. (The video’s missing my particular flair for audio drama, so I recommend listening to [this] while watching below:)

Hit me up on Twitter, would you brave going into the museum?