Welcome to the Horror Made stop of Cassandra Shaw’s book tour. Today we’ll have a double post, One (this one) is my review of Cassandra’s paranormal romance/suspense book Twin Flames and the second will be a guest post by the talented Cassandra herself. [Which will go live at 9am est]

On to the review!

She’s in grave danger, but she doesn’t want his protection…

After a long and bitter world-war for pure human supremacy, humans and two sub- species the Eli and Crea reside on Earth in an uneasy harmony. One morning on a jog, Bliss Jacobs finds a murdered fellow Eli. She scents the killer on the body, but other evidence is washed away by a savage storm, leaving Bliss as the sole witness and the target of an assassin—and forcing her back into the world of the man who shattered her heart.

He believes she is his destined mate, but he knows there are no second chances…

Kaid Sinclair is chasing more than his best friend’s murderer. He wants Bliss in his bed and in his life, but after their relationship went south several years ago, he knows he has to tread carefully. So how can he keep her safe, while still proving to her that they are destined to be mates, and he doesn’t just want to control her? All he wants is for her to be safe—but with a killer who sees her as Kaid bait, Kaid may have to choose…his life or hers?

Twin Flames was exactly the the kind of story I needed to help my horror fatigue (as mentioned in my How to Combat Horror Fatigue post). It blended together elements of Sci-Fi, fantasy and suspense with some wildly hot love scenes that made for a very fun read. 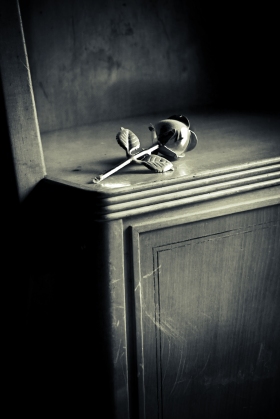 Ah, so you noticed I didn’t call it paranormal.

Yeah, minor detail, but this book felt more Sci-Fi/fantasy than paranormal because the transforming humanoid Crea and Eli were technically alien species from another world. Both sub-species did have traits familiar to the werewolf mythos though. So if you’re into stories where the characters have super-human strength, animal instincts/behaviors, and violent transformations into animal forms. You’ll like where this book is coming from.

It’s not quite what you would expect from the paranormal genre, but it’s a trait that I really enjoyed.

The pacing in this book was really engaging, it slowed down enough in places to explain the world we’re in, but kicked it into high gear when the assassin came into play.
There was a chunk of the book about halfway through where that action and danger seemed to slip from the character’s minds for a little too long, but the tangent into the land of relationship building was still enjoyable. Because, don’t worry, if you’re looking for romance, this book has plenty of it. 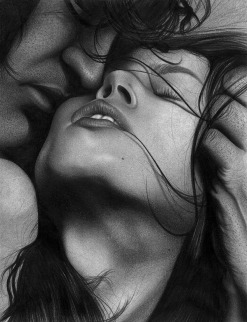 (I feel like this is may be TMI but…) Holy Cow! Those love scenes were hot enough to be called straight up erotica. Just um, wow, I’m blushing thinking about those scenes. Woo! *fans self*

What this book does well is balance out the super hot sexy scenes with some really engaging action/adventure scenes. Kidnapping, desperate escapes through the woods,  and danger from the racism still bubbling in the community. And underneath it all you have that pulse of the romance novel, slowly stitching the fates of the main characters Bliss and Kaid together until the very moving ending.

I literally cried during the last scene because I’m a total sucker for how it played out. But I won’t spoil it for you by explaining why. 😉 The ending totally made up for what few shortcomings the story had.

If you’re a younglin or are not looking to get all hot and bothered, you’ll want to skip this book, because it is a major part of the story. Sometimes those moments took a little too much of the danger out of your mind, but… If you are looking for a book with some serious sizzle in a sci-fi suspense package, I think you’ll really enjoy reading this. So, I’m giving Twin Flames a 5 out of 5 blood spattered stars.

Enter to win a $50 amazon gift card: a Rafflecopter giveaway 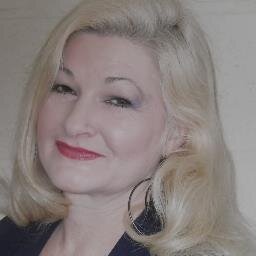 Cassandra L Shaw writes Urban Fantasy, Paranormal Romance, Romantic Suspense, & Contemporary Romance. She lives in a small farm on the Sunshine Coast of Australia. Her eclectic past includes fashion design, environmental science and years of drudgery as an office worker where she dreamed of NOT being an office worker. She discovered writing a few years ago and has decided that with its mix of art, writing craft, and study she’s at last found the career that suits her arty and academic mind.