Fantasy and horror often go hand-in-hand, which is part of why I don’t terribly mind drifting off into other genres from time to time. 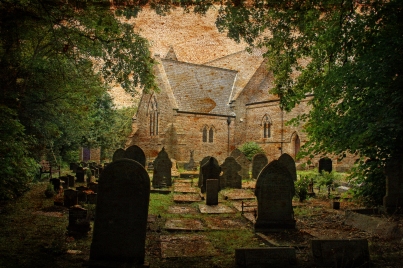 Is it scary? Is there action? Maybe a little supernatural elements? Is it a good story?

Sweet. Then bring on the elves and fae and the whole Unseelie court, I’m ready for them.

Besides, in most old tales, they’re even more ferocious than the nameless monsters of modern horror. And when you come to think of it, all of the old folktales had a beginning, and that might not always be in fiction.

Anywhoo, why I’m rambling on about fae today is because I’m reviewing Widdowshins by Richard Ainsworth. It’s definitely in the realm of horror, but it also has a great fantasy vibe going for it.

Richard, connected with me on Twitter and was kind enough to send me a copy of his book The Hand Over the Candle in audiobook version for me to review.

What got me particularly excited about this book was it’s based on the village Richard lives in and the history he found there. And hidden inside this particularly ‘fantastic’ story is witchcraft based on real practices and events based on fact (most of the time).

The Hand Over the Candle 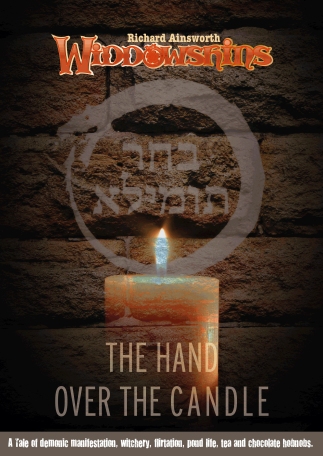 A young book dealer named Malcolm wakes up hungover in the bathroom of the town church and realizes he’s unleashed something far worse and far more supernatural than the communion wine he stole. It’s up to him and his odd team of friends to send the thing back down to the underworld where it came from, before things get too out of hand.

Widdowshins is where a cast of unlikely characters are the guardians of all our fates. The unlikely guardians are… an elderly female Celtic magic practitioner; a lazy young student; her seedy book-dealer boyfriend; an ascorbic monkey skull; a wise goldfish; and a very stupid tabby cat. Throw in an Art-Deco obsessed Police Inspector, relocated from the Met, a nervous country Vicar, his improbably exotic French wife, a venal, self-serving Mayor and the stage is set for a uniquely British battle between Good and Evil. [Amazon.com]

One of the best things about this book is the characters in it. There’s a fairly large group of them, but they each get just 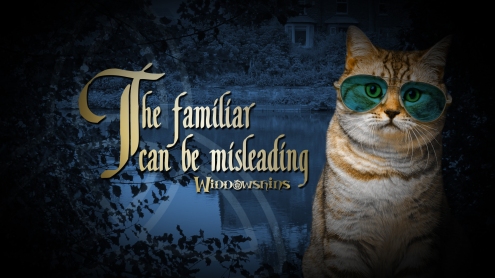 enough time for you to know and love them all by the end.

But the one that really stuck with me is the witch’s familiar, a “tubby tabby” who can talk. Think a less intelligent but equally sassy and loveable version of Salem from Sabrina the Teenage Witch.

There’s a part where he comes back from a very close encounter with the thing from the church bathroom and draws out his tale like a masterful story-teller, milking all of the attention he can get from the group. You want to hug him and smack him all at the same time.

The pacing and action in this book is addictive. It lingers where you want to explore Widdowshins and whirls through the action and fighting in a masterful way. If this book were a television show it would make it’s full hour on-air feel like 10 minutes. It’s such a fun ride.

My favorite scene is the the first proper attack where the creature makes on the Pastor and his wife. It’s scray to see how brazen and powerful it is, but the way the two fight it off and deal with facing the supernatural thing is hilarious. I don’t want to spoil the why part, so I’ll just say it’s a story I plan to revisit because of it’s mix of horror, humor, and action.

What surprised and delighted me

The best part of this book by far was what listening to the story brought to the experience. The narrator, comedian Steve Harris, brings such life to the performance, and for those of us outside of the UK, his accent is so much fun to listen to. Well, it’d still be fun to listen to if you’re from the UK as well, but there’s some extra zest for those of us who aren’t used to it.

I will say, it could be a little challenging to understand if you’re not familiar with listening to accents outside of your native one, but it’s certainly worth doing. I, personally, don’t tend to have a problem with them since I watch a lot of Dr Who…

5 out of 5 Blood Splattered Stars. If you like the creepy quirkiness and horror aspects of Welcome to Nightvale or the fun dynamics of the gang in Scooby-Doo I think you will love this playfully creepy book as much as I do.

I hope you do read it, so we can be chomping at the bit together waiting for the next book in the series to be released.

Is it available today? 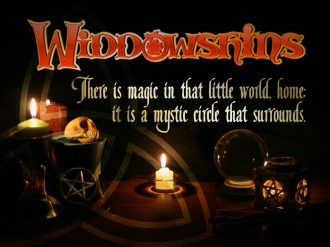 The Ebook is! And the Audiobook is out today! But I wasn’t able to grab the link when I wrote this post, so you’ll have to visit the Widdowshins website to find it at the moment.

You can connect with Richard Ainsworth and keep up with the 30 upcoming interconnected stories on widdowshins.com, Twitter, and Facebook.