And thank goodness for that! Because today’s guest post was supposed to go live at 5:00am! Gah!

(So sorry about that Larry! I offer you my deepest sleep deprived apologies and a special bonus art video based on one of your books.)

Eventually I’ll get eveything bac under control… Until then my lovely lovely readers, thank you for coming to visit and hear what the talented Larry Weiner has to say about writing his series of black comedy zombie novels:

In the kingdom of sleep I wear the royal robes. I consider sleep a sport, a hobby and a calling. So on the rare occasion I can’t sleep its usually one of three things: 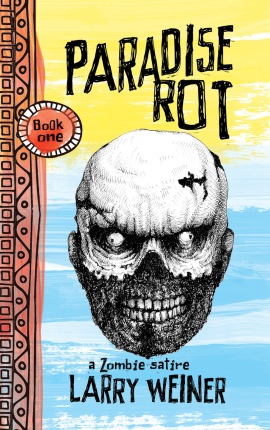 1. The drugs wore off

– unlikely. I take Klonopin to combat anxiety and to help with sleep. This shit works and it works well. I wake up somewhat zombiefied (you can purchase my zombie book Paradise Rot at http://amzn.to/1GwDPrl and that’s how you whore) but it wears off quickly. So that’s off the table.

I have psoriatic arthritis, and you’re right –  it’s the same disease that Rush guitarist Alex Lifeson has – anyway it’s brought on by eating poorly and I blame that on that fucking all-day roller hockey event I attended because my son is a rink rat and insists on watching all of the games. I don’t blame hockey per se, but I do blame the tasty burgers, M&Ms, Fritos and Cokes I consumed which is like lighting a match in front of the hairspray Donald Trump uses. Thus I get viral and sleep all day. Could be that.

Well shit. It’s true. I sort of have an excuse. Shark Week. Did you catch the shark attack footage? How about the one where they put tourists in a cage, then lure great white sharks with meat, then pull the meat out of the water so the shark rams right through the cage trying to eat the tourists? You can’t get shit done thinking about that. It’s also partly true that I’ve been doing a lot of promo work on the re-release of my first novel Paradise Rot http://amzn.to/1GwDPrl (somebody stop me) and it’s taken up a lotta my time filling out seven interview questionnaires for a blog tour, tweeting the living shit out of the book, Facebooking, wearing a sandwich board outside of my loca bookstore and just me, me, me in general, 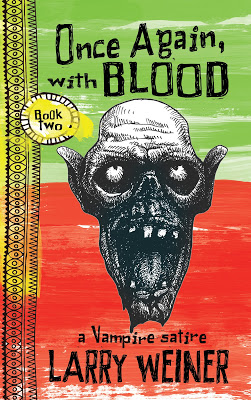 Who has time to write when you got that going on? I mean, I can bang out at least 1k words in a couple of hours, but who has time to spare? I’m also a house Dad. I’m driving kids all over creation, bringing cars in to get serviced, the dishwasher doesn’t empty itself, laundry? Okay my wife has been doing the laundry because she doesn’t trust me ever since I shrunk her bras.

I have 5k words of a new book down. I’m using index cards and a bulletin board and have standing desk, so maybe I’m getting used to all of that. It’s a good idea, this book and a departure from the paranormal (so far). But I’ve found every excuse not to write it. WTF? I went to the wisdom of a writer I admire, Chuck Wendig and reread his blog “Writer’s Block Might Be:” The first thing he says is:

“I don’t believe in writer’s block anymore than I believe in, say, Bigfoot, the Loch Ness monster, or a UFO-load of butt-probing, almond-eyed, macrocephalic aliens.”

I agree. He writes a laundry list of problems and solutions ranging from lack of confidence:

“Recognize that sucking during a first draft means that later you can come up behind your own shitty manuscript like a motherfucking editorial ninja and snap its neck and then use its blood to redline the work to make it better.”

“Stop fucking around. Stop lying to yourself and others. Super-glue your derriere to that overturned bucket you call an office chair and refuse to stand until you’ve written. Full stop. Game over. The only thing you get to quit is quit making excuses.”

Okay. I might be a subscriber to the second one. I read about writers who bang out 7-10k words A DAY 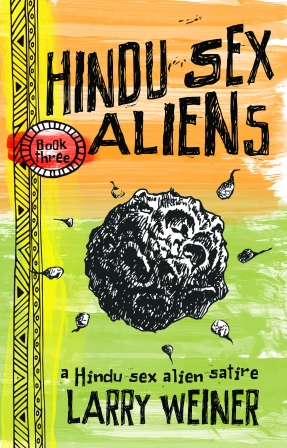 . To borrow a phrase, “This is some fucked up, repugnant shit,” I don’t know why it happened. I banged through the first three novels (i use the word “bang” a lot, “I banged out,” “she banged out, “They banged out.” Note to my therapist, whose sessions we bang out).

It might be that my schedule is on summer time which means it’s a constant mutating thing, like Orphan Black – i swear to god that show has me exhausted, but i love it, particularly Cosima, I digress. I do think it’s important to keep schedules because ADD and because I’m also watching Peaky Blinders which has an awesome soundtrack.

Okay. Okay. I have trouble with focus. And I’m lazy. And there is just too much excellent content floating around me.

But this new novel has all the makings of a decadent and depraved piece of work – I should be all over that shit. I mean I have the Ypsilanti flasher and arsonist in this book. How bad could it be? (Larry, here’s how bad it could be.) See? Now I’m pumped. I’m feeling tight and frosty. My shit is together. I’m ready to bang it out.

All errors, i mean allllll errors, are intentional, LarryCo.2015© 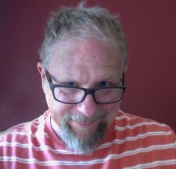 Larry Weiner is the author of PARADISE ROT (BOOK ONE), ONCE AGAIN, WITH BLOOD (BOOK TWO) and HINDU SEX ALIENS (BOOK THREE) that make up the Island Trilogy. Larry earned a degree in film from CSULA and was an award-winning art director. He lives on an island in the Pacific Northwest with his wife, two kids and a gaggle of animals. He plays bass and thus has poor hearing.

Visit his site at: http://www.larryweinerwrites.com

Thank you so much for visiting!