Ok folks! Welcome to the Horror Made stop on the Realm Walker’s book tour. We hear from the author Kathleen Collins earlier today and now, I’m here to share my thoughts on her series.

Let’s dive in, shall we?

Before I get into each book separately, here’s a brief summary of the series and my overall impression.

Moments that Struck a Cord

There are some poignant moments that really struck me throughout the series, right along side some nail biting action scenes, and a fun yet infuriating romance between Julianna and her overbearing vampire mate.

But the scene that stuck with me most was the opening moment to Death’s Daughter. Juliana is standing at the edge of a playground with the chaos of a kidnapping investigation raging around her. And right in the center of it is a childless swing endless creaking back and forth. 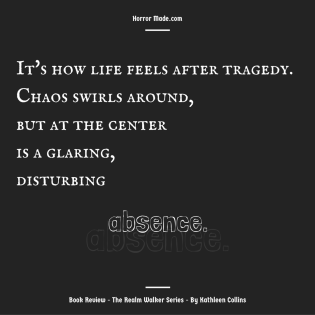 I can’t help but feel like that’s the most vivid representation of how the world feels after tragedy has struck. Chaos will swirl around you, but at the center of everything, is a glaring, disturbing absence.

On the opposite end of the spectrum, I love Juliana.

From her pig-headed stubbornness to her wild disregard for her own safety when it comes down to helping someone else. She was clever and strong yet still had a lot to learn and was a bit broken where you needed to see a little more of her humanity.

I started off hating her romantic counterpart, Thomas Kendrick the vampire.

He rubbed me the wrong way. He started off as an infuriating and overprotective d-bag but by the end of the last book I actually liked him.

I can’t say exactly when he slipped into the “Nah, you’re ok. In fact I think I want you to stick around” camp, but he did so in a stealthy stealthy way.

I loved the mix of CSI, X-files, and Supernatural that this series is and reading through the full series took hardly anytime at all. I was hooked from page one.

I loved the world building, the flawed characters, and the sleuthing/kick-ass action that this series mixed into it all.

5 out of 5 blood spattered stars. If you like The Maurin Kincaid Series, and sometimes graphic dark urban fantasy, I think you’ll really enjoy reading this.

On to the book by book review, this will take a while, so grab your beverage of choice and snuggle in. 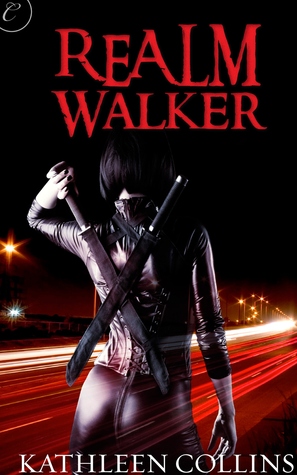 Julianna Norris is a Realm Walker for the Agency, tracking paranormal fugitives by using her unique 2nd sight for magical signatures.

Juliana’s life gets turned upside down when she becomes a target for a demon and her estranged mate shows up.

Juliana Norris didn’t want to die in the cold Canadian snow. Of course, she hadn’t wanted to die on the rain slicked streets of Bern, the cool sheets of her freshly made bed or the backwoods of Alabama either, but that hadn’t stopped it from happening just the same. [Collins, Realm Walker].

This book was a lot of fun to read, but certainly had the roughest edges as far as character development went. Which, actually didn’t bother me, since as a whole the series showed a beautiful character arch in both Juliana and Thomas.

This book reeled me in with Juliana’s snarky attitude and the blend of “Walker Texas Ranger” action with gorey CSI scenes. 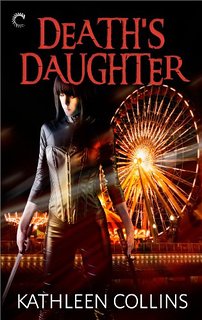 Juliana is brought in to help a species-ist human police force try to stop a spree of Altered (non-human) children kidnappings.

The only real clue left for her to follow, is that the person responsible can wield wild magic, which means this person is not only dangerous, but incredibly powerful.

This book is, hands down, my favorite one in the series.

The fact that children were the target made me care so deeply about the outcome of the story and that made the tension in the book almost unbearable at times.

And the story had some great twists and turns all the way through that kept you guessing. I’d love to talk more about this one, but it’d be waaay too easy to drop a big ol’ spoiler bomb on you. So, I’ll just say. It’s absolutely worth reading. Especially if you like mysteries and “who-done-its.”

5 out of 5 blood spattered stars.

The Making of Michael Bishop 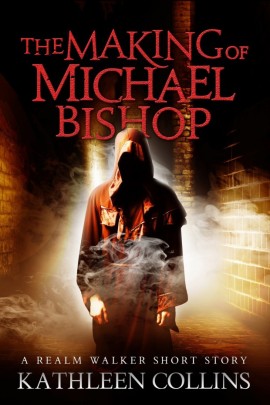 The inquisition was home to an order of monks who’s prayers were completed by torturing confessions out of supposed non-god-fearing folk. It was also home to the man Michael Bishop who’s unsavory chore tears his whole existence out of his grasp on one fateful night.

“Those ever present cries for help and pleas for mercy reached a crescendo when they saw light approaching. As if anyone would be coming to save them. Or perhaps it was sheer terror that fueled their screams. Fear that they would be the next one questioned. [Collins, The Making of Michael Bishop]

This story was a great lead-in to a very prevalent sub-plot in the next book in the series. And, although I hadn’t found myself wondering about the character Michael, I certainly paid attention afterward.

It’s a real quick read, but I seriously enjoyed seeing the characters really grow in it.

After a small horde of zombies appear Juliana has to go undercover in a town that thrives off of money made on drugs, sex, and blood.

It’s already a dangerous mission, but it gets worse because it also requires her to leave her mate’s territory and live in the shadow of a truly monstrous vampire.

It was during the course of this book that I realize I had somehow come to like Juliana’s vampire lover, Thomas. And because of how this story plays out, I wanted him to be around more.

Some of the situations Juliana was getting herself into  made my skin crawl.

The only negative thing I have to say about this book is that I wish the hunt for the villain introduced in the first book was given a little more power in this last one. Because his subplot threads through all the way from the beginning and the trauma he caused Juliana deserved more attention.

On the non-vengenful hand, how this subplot was treated did allow for more of the Michael Bishop story to shine through, which I rather enjoyed.

I don’t mind reading a book that pushes my buttons sometimes.

yet another 5 out of 5 star coated in blood spattered goodness.

Whoo!! You made it to the end of the review! *high fives!*

Well, to celebrate, here’s where you can find the books:

Now, *cracks open a new book* I’m scheduled to review another 5 books in the next two weeks, so I’ll see you guys again tomorrow. 🙂

About the Author, Kathleen Collins:

Kathleen Collins lives and works in Missouri. By day, she labors in the local prosecutor’s office. At night she writes while surrounded by her husband, two boys and two loveable mutts. She is constantly thinking of her next project and loves to connect with her readers. You can find her most often on Facebook or on her website.

Where to find her: