Coated in slick red, tied up to prevent any chance of escape, and then spirited into your home while you’re sleeping, peacefully unaware… Christmas is coming.

Ok, all kidding aside, December… It snuck up on me the same way it does every year. And normally I get to the week of Christmas and think, “Oh… Sugar Honey Iced Tea, maybe I should do a post or something that ties to it…” Followed by a last minute scramble and a half-baked post.

Haha! This time I actually glanced up from my mumblings in the darkness to realize that I have some content from pre-Horror Made I can share with you. ^.^

Last year, Immortal Alexander and I made a Top 10 Creepy Christmas Movies video, which I still really enjoy.

So here’s the video, followed by a list of lovely links to these movies so you  can enjoy some creepy holiday fun leading up to the day in question. 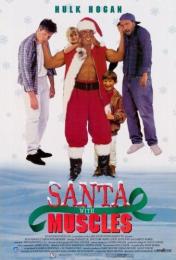 1 Sentence Plot Synopsis: A lunatic dressed as Santa goes on a murderous rampage.

1 Sentence Plot Synopsis:  The Penguin and a corrupt business man plan to take over Gotham City with only Batman … well, and sort of Cat Woman… to stop them.

1 Sentence Plot Synopsis: A stalker takes a deadly interest in the girls of a sorority house during Christmas break. 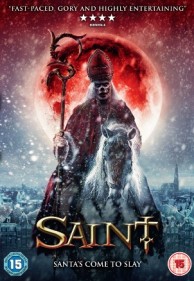 1 Sentence Plot Synopsis: Saint Nicolas returns to the world on a murderous rampage to continue kidnapping and murdering children just like he did before his death centuries ago 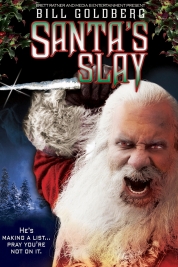 1 Sentence Plot Synopsis: Santa Claus is a demon who lost a with an Angel but now that he’s fulfilled his years of good, he’s making up for lost time. 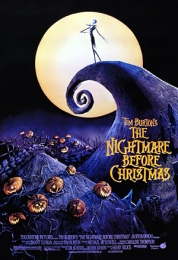 1 Sentence Plot Synopsis: Jack Skellington, the King of Halloween, discovers Christmas town and decides to give making Christmas a try.

1 Sentence Plot Synopsis: A gadget salesman finds the most unique and perfect gift for his son, but the Mogwai rules are broken and all hell breaks loose.

1 Sentence Plot Synopsis: 486 meters below the surface of the Korvatunturi mountains, lies the closest ever guarded secret of Christmas, unfortunately it’s discovered too late that it was buried for a good reason. What movies do you recommend I add to next year’s list?