Happy Monday! Today brings another full series review. This time for the Urban/Dark Fantasy series by Kory M. Shrum, Dying for a Living. 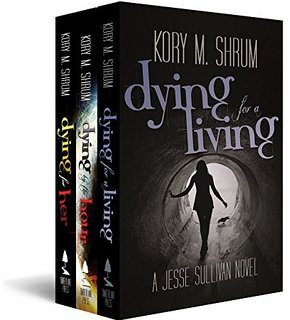 Jesse Sullivan is a Death Replacement Agent, or a “necronite” (aka Zombie) who can prevent people in horrible accidents from crossing over to the other side.

She dies for them, than then resurrects after the damage to her body has healed.

It’s a very interesting take on the zombie concept with some delightfully snarky and vibrant characters to pull you through a world filled with murder, magic, and mayhem. In a lot of ways, it felt like Buffy the Vampire Slayer.

This series really only touches upon the zombie subject lightly, as the horror elements come more from the horrific things the main villain is responsible for.

This series has a plenty of gore, violence, and action. So, it’s not for readers who are younger or particularly squeemish. But it is balanced out with plenty of humor, and interesting/complex characters.

4 out of 5 blood spattered stars. If you like the morbid humor of the show Dead Like Me or the bull-headed sarcastic quality of Netflix’s Jessica Jones, then you’re going to enjoy reading this series.

Dying for a Living 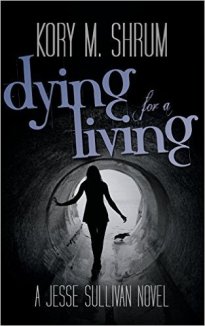 On the morning before her 67th death, it is business as usual for Jesse Sullivan: meet with the mortician, counsel soon-to-be-dead clients, and have coffee while reading the latest regeneration theory.

Jesse dies for a living, literally.

As a Necronite, she is one of the population’s rare 2% who
can serve as a death replacement agent, dying so others don’t have to. Although each death is different, the result is the same: a life is saved, and Jesse resurrects days later with sore muscles, new scars, and another hole in her memory.

But when Jesse is murdered and becomes the sole suspect in a federal investigation, more than her freedom and sanity are at stake. She must catch the killer herself–or die trying. I cannot get enough of Jesse Sullivan. She is so wonderfully snarky, irreverent, and a mess. And because of this, her character pops right off the page.

Jesse has a history muddled up with mystery and streaked with pain that makes her so incredibly interesting to read.

But it’s her interactions with the rest of the characters that makes this book particularly fun to read.

Working with her on cases she has her “handler” Agent Brinkley, who appears to be the classic hard-nosed government type. I loved watching Jesse and Brinkley butt heads throughout the story.

Dying by the Hour 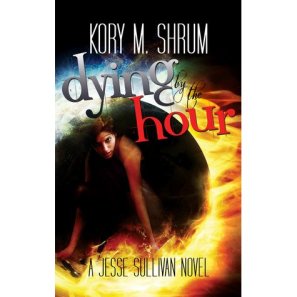 After 83 deaths, Jesse Sullivan knows how to die. As a Necronite, she is one of the population’s rare 2% who can serve as a death replacement agent, dying so others don’t have to. But using her NRD to save lives is why she’s being hunted.

For Ally Gallagher, death is permanent. If she fails to protect Jesse again, there will be no third attempt. After a quiet year the signs of serious danger have returned. People connected to Jesse are disappearing. Her home is vandalized and threatening messages are turning up in the safest of places.

Then Jesse is taken and Ally has only hours to get her back. But no salvation comes without its price.

In this book we get to see more and more of the surrounding characters, specifically the love/friend/it’s complicated love interest, Ally. We get to know her better by switching between her and Jesse’s POV.

I really enjoyed getting into Ally’s head. I still enjoyed Jesse’s moments more, but Ally’s voice has such an ernest honesty to it that I found myself  falling in love with her myself.

This is my favorite book in the series because the stakes are high, Jesse’s powers come more into play, and the main villain gets a lot more focus. He’s fascinating. Evil, yes. Sadistic, most certainly yes. But fascinating. 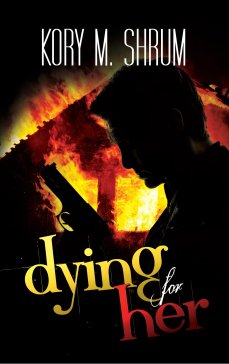 As he counts down the days until he dies, veteran detective James T. Brinkley struggles to keep his imminent death a secret, from one of the only people who can save him – Jesse Sullivan, a replacement agent with the rare ability to die–then resurrect. But every replacement is dangerous, leaving Jesse more vulnerable each time.
And it’s his job to protect her. He will do whatever he can to fulfill this duty. He will not let her sacrifice herself, even if that means facing his death alone.

Yet they are outmatched by the sadist who hunts them. Still, he searches his dark past for clues and a way to save his future. But Brinkley has exhausted his options and buried his closest friends.

If he cannot be saved, his only wish is to prepare Jesse for the danger ahead.

This book felt the most out of place in the series and, mostly, redundant.

It’s told through Brinkley’s POV, and continuously jumps back and forth in time from the moment he discovers his future to the beginning of his journey towards this inevitable event.

There were new details revealed in this book about Brinkley and the villain, which were interesting. But, too much of this book treaded over the same ground as Dying by the Hour.  Because I’d already experienced the most of his story from another angle I found myself skimming over large sections.

I felt, impatient with the journey he was taking.

I think the biggest part of that was I really missed Jesse’s voice.

Her character is so vibrant that I want to live through every moment I can with her. So to have an entire book where she’s a background character? It really didn’t work for me.

What made the POV switch so jarring was that Brinkley’s narration was so starkly different from Jesse’s. His voice is sad, serious, and depressing. It gave a gloomy haze to the whole book and left behind that glimmer of hope that was so essential to Jesse.

This is the weakest book in the series. It does clean up and explore a lot of the details about Brinkley and the big bad evil Caldwell, but… it feels too plainly laid out so the experience was a lot less fun.

2.5 out of 5 blood spattered stars 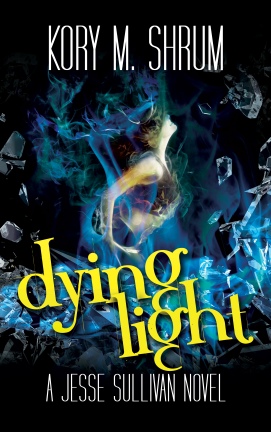 In the wake of her handler’s death, Jesse has never felt more alone. Her best friend is distracted by a new love. Her mentor Rachel is missing and her boyfriend Lane isn’t returning her calls.
Worse, a Necronite with the ability to heal any wound wants to kill Jesse and absorb her power of pyrokinesis.
With little to hold her to Nashville, Jesse agrees to work as a freelance agent for Jeremiah Tate, a pharmaceutical tycoon in Chicago. Together they plot revenge against Caldwell, the mastermind responsible for the genocide of over 100,000 Necronites worldwide.
When Jeremiah fails to dominate Jesse and her abilities, tensions escalate, dividing her from her allies. Then Caldwell gives Jesse an ultimatum she cannot refuse.

This book got the series back on track.

We’re back inside of Jesse’s POV, experiencing the growing insanity of her powers.

The stakes are higher, the action is immediate, and I really freaking enjoyed it.

Kory M. Shrum lives in Michigan with her partner and a ferocious guard pug. She has dabbled in everything from fortune telling to martial arts and when not reading or writing, she can be found teaching, traveling, or wearing a gi.

She is the author of four books in the Jesse Sullivan contemporary fantasy series. She is also an active member of both SFWA and HWA.