Hello my loverly horror friends. Today we have a guest post from Richard Schiver, the author of the new book All Roads Lead to Terror.

Today he’s sharing a bit on where his ideas for stories come from, and when his fascination with horror began.

That’s always the question isn’t it?

What if a forgotten deity lived within the winter storms around a small mining town in the Appalachians.

What if a person suffering from a split personality was really possessed by the ghost of a sibling who died when they were infants?

What if, is where all of my stories begin, the spark of an idea presented as a possibility.

Poked and prodded, pulled and folded to mold that initial spark into some semblance of what I hope is a compelling tale.

In the first example the forgotten deity became the short novel White Walker, and was inspired by Neil Gaiman’s American Gods.

The second example blossomed into the novella Reprisal, vengeance knows no boundary. And was inspired by the John Lithgow movie Raising Cain.

Everywhere I go, everything I see has the potential to present me with a compelling story idea.

Ideas I dutifully record in the stacks of notebooks that sit atop my desk, or in my phone when a notebook is not immediately handy. There they sit, stewing in their own juices until the time comes to explore the possibilities they present.

When the spark shows the potential to become a story it earns its own notebook and the brainstorming begins. Who, what, when, where, why, and how. Why and how are the two most important questions in any story. Followed closely by who. After all, if the reader doesn’t have anybody to root for, why bother?

Before a folder is created on my computer, before the first word document is opened, I like to explore the myriad possibilities with pen and paper. I am the only one who will ever see these first coarse drafts, so I can comfortably reach to the stars and beyond as I build the premise into some semblance of a working outline.

Once I’ve reached that stage I begin the actual writing, the uncovering of the fossil that Stephen King so eloquently spoke of in his book, On Writing. And that is exactly what it’s like.

When I begin I have only a vague idea of who my characters really are.

It is during the writing of the first draft that they begin to come to life in my mind.

As the first rewrite begins I’ve got a pretty damned good idea of my main character and how they will respond to the situation they find themselves in. But even then they have a tendency to surprise me as the story deepens and the character grows in my mind.

I don’t believe any of us consciously chooses to write horror.

It is a genre that calls to its own scribes.

My call came as a child when I was confined to my bed for one long summer.

The television my father had put in my room soon grew tiresome and I was looking for more energetic exercise for my mind. It came in the guise of comics, not your average run of the mill Superman or Batman stuff, but Weird Tales and Tales from the Crypt, publications of that nature. 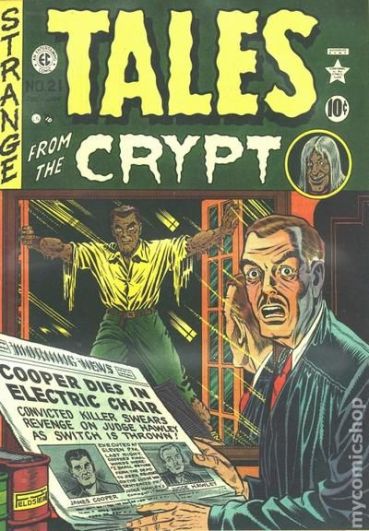 One story in particular stands out even now, fifty years later, it was the story that sparked my lifelong love affair with all things dark and frightening.

In it a hunter comes upon a man about to kill a woman. He intervenes, saves the woman, and brings her home only to discover she is a ghoul. His wife leaves him and the one scene that really stood out for me was when the ghoul presented herself to the man dressed in his wife’s nightgown.

To me that was the most horrific image my young mind had ever witnessed. The story ends with the hunter taking the woman to the woods to kill her and is killed himself when another hunter intervenes, setting up the story to repeat itself.

Horror springs forth from the mundane, those every day run of the mill things that many of us miss, or choose to ignore as we go about our daily lives.

We have a natural fear of the unknown, or things we cannot easily explain away.

A silent room terrifies us, not because the only sound we can hear is of our heart beating in our chest, or the blood moving through our veins. We fear the whispers that lie at the edge of our consciousness, the soft cries of the dead that we categorize as the sound of a house settling, or water moving through unseen pipes.

The dead are watching us. We leave our imprint upon everything we touch. All of our beliefs, our fears, our dreams of what could be. Our nightmares, especially our nightmares, as they contain the most power. And with that in mind I leave you with a passage from one of my favorite books. 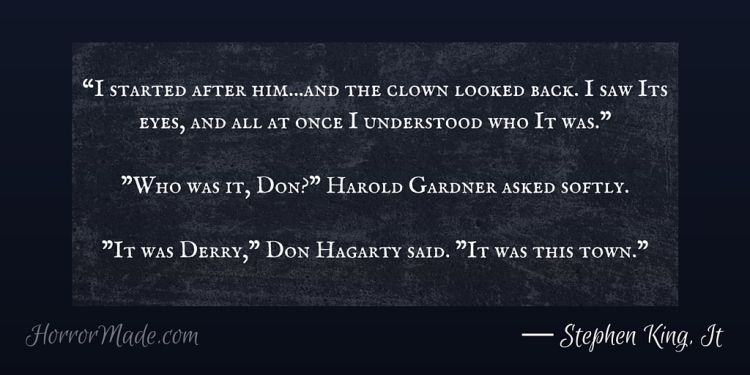 Richard was born in Frostburg, Maryland, in the winter of ’58’ and currently lives eight miles away. A five-year stint with the military allowed him to see what he wanted of the world. Married with four grown children and eight grandchildren, he and his wife provide a home to four pets that are spoiled beyond rotten.

In addition to writing daily he works a full time job in retail, and piddles around in his wood-shop making one mess after another when time permits.

All Roads Lead to Terror (synopsis)

The horrors of the past meet the brutality of the present. 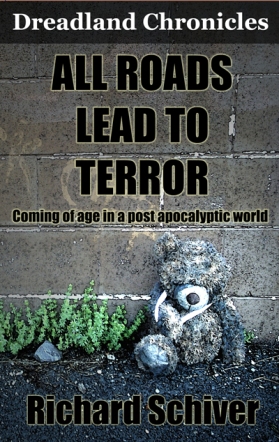 Four boys strengthen the bonds of their friendship, while taking their first hesitant steps into adulthood, as they face the brutality of an old, new world. They will be tested at every step in their journey, as they travel through a blasted land where the only hope is for a swift death followed by an endless sleep. Survival lay in the firepower they carried, coupled with their willingness to use it, and their ability to trust each other with their own lives.

The world has become a wild place filled with wild things, and into this new reality each of them had been born. Coming of age at the end of days, where savagery was the norm, and man’s inhumanity to man was on daily display. Where the only law was the firepower one carried and the only hope was for a swift death followed by an endless sleep.

Meat was born at the height of the Zombie apocalypse, upon his birth his mother took one look at him and pronounced him meat. He grew up in a reality where they were all nothing more than walking bags of meat, so in his mind the name fit perfectly.

Window, his best friend, is very quiet, and ever watchful with a quick hand. To him friendship was the most important thing in the world. His family had perished in the ruthless times after the awakening and his temperament had been forged in the fire that took them from him. His friends were all he had left so he watched over them with a jealously protective nature strengthened by that sense of invulnerability all boys his age embraced. Further backed up by a quick hand with the .44 he’d used to kill the men who had raped his mother.

The remaining members of this quartet are Einstein who had been born within the compound at Bremo Bluff after the apocalypse. Having spent his life behind the fence he had no first hand knowledge of how brutal the world has become. As his name implies he’s the smartest in the group, as well the most innocent. While that innocence helps to soften the ruthlessness of the other three, it will serve to drive a wedge into their friendship. On this trip he will discover just how terrifying the world beyond the fence has become.

The final member is Billie-Bob, one half of a set of twins who appeared outside the fence several years earlier. Your typical class clown whose mouth runs a mile a minute, if he isn’t sharing overused jokes about Zombies, he’s whispering the passages from a book his mother used to read to him when he was younger, a chant that provides him with a degree of comfort. Billie-Bob is unique in that at the tender age of eleven he has proven himself to be a natural born sniper with a willingness to use his special talent to protect his friends.

The trail they follow leads them East, into the Dreadlands, from which those who had dared venture in the past never returned. There are places where the fabric of reality is at its thinnest. Where nightmare creatures roam the shadowy corners of a well lit world.

Existing at the edge of man consciousness, an indistinct blur briefly glimpsed in our peripheral vision. Their presence felt on a primitive level that reached our consciousness as a faint whisper in the night. Their touch the soft caress of chilled fingers dancing along the spine like the half remembered terrors lurking within the childhood memories of every person who had ever feared the night.

In Richmond they will be confronted by a savage cult of children who worship a creature of the night. A nightmare being that feasted upon the fear of its victims, delving into their innermost secrets, revealing half forgotten terrors that lay like a rotting carcass at the heart of their souls. For these creatures, that were once considered nightmare imaginings, are now awake in a world where the population that once served as their food source has been reduced.

Where to find All Roads Lead to Terror: