So a little ways back I posted episode 1 of the web-series Immortal Alexander and I have been creating, Haunting Light and today I figured, let’s kick back together, relax, and go on a bit of an adventure. And afterwards I’ll let you in on a little behind the scenes action.

Be careful where you step along the way *maniacal laugh*

Behind the scenes fun facts:

Guess which actress was very very pregnant during our shoot.

We filmed the scenes with Shelly in The Dark Place a full year after we filmed the main bulk of the episode. And when we filmed those pick-ups we had to work around the fact that our actress, Bianca Grande, was about 8 months pregnant.

Yep. She rocked it. 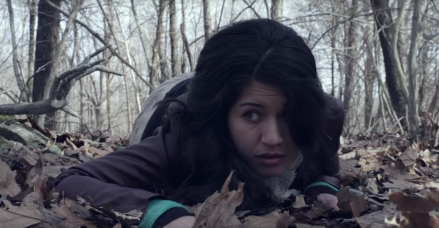 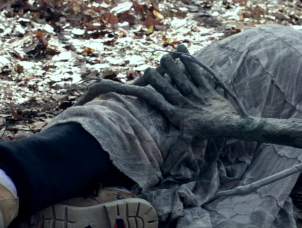 That was a very cleverly built hand made out of a block of wood, PVC piping, nylon cording, and a climbing ring. Oh and this really cool stuff called balsa foam that “carves like foam by paints like wood.”

And the woman who figured it out? 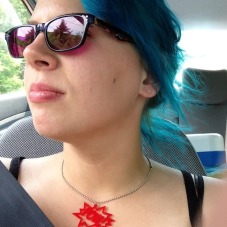 M Erdman, who is currently rocking out in Arizona, well on her way to becoming a full-time production designer. You should check out her animation projects when you have a minute btw, it’s super trippy.

Here’s the rendering I gave M:

And here’s some photos from when she was creating it: 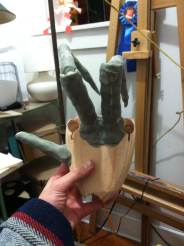 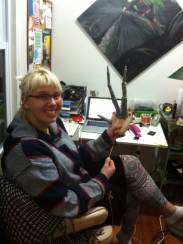 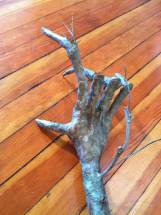 M did do a bunch of BTS video for us, but alas! I still need to edit that beast together. Although I should probably do that this year, since its been, like… 3 years since we filmed…

Our Phantom Child, played by Aaron Snyder, was so much fun to work with on set! But I did have to give him direction by using a lint roller as a puppet so he could keep his serious face on during filming. 🙂

And one last Tidbit to balance out your Friday:

Our familiar spirit dog, played by Colt, was so thrilled to have a full weekend of playing in the woods with us! But was a little bummed out when people wouldn’t play fetch with him.

This had everything to do with the fact that the “sticks” he brought us were literally full trees.