Ugh… no I wasn’t thinking that. I was talking about writing. specifically writing a novel. 😉

Today we have a guest post from Drake Vaughn, the author behind the horror (and then some) book When the Devil Climbs. And he’s sharing with us the journey he went on to write his book.

Sometimes the scariest monsters aren’t the ones lurking around the corner, but the fiendish devils of the past.

Those demons can never be killed, only shoved into the recesses of our memories in a vain hope they will remain forever suppressed.

But sometimes they refuse to remain hidden. Sometimes they poke up their rotten claws and demand to come out and play.

Mine usually arrive in the turbulent haze before I stumble into the snug recess of sleep. I’ll lie in bed, shifting from one side to the other, adjusting the covers for that evasive perfect spread, when the memory strikes.

Perhaps it’s the one where the bully yanks down my pants in front of the entire class or when I got my head stuck in a folding chair. Those I can handle. Everyone has their embarrassing stories. It’s the others that cause me to gasp. The ones of my cowardice, deception, and outright viciousness.

We all have at least one itching memory, waiting for the perfect moment to shatter the lies of our heroic façades.

Oftentimes horror is defined by blood, pain, and panicked chases, but I find other terrors far more penetrating.

In the same way, science fiction is defined as the medium of ideas; horror is the vehicle for emotions. Dark, gnarled, evil emotions. A safe playground for all those wicked thoughts you don’t tell mommy about.

I’m as afraid of pain as anyone else, but wounds heal, and even after the worst accidents, the body goes into shock, dulling the agony. Also, every chase ends, even those circular ones of our dreams.

What persists, what truly haunts, are the feelings of emptiness, isolation, and abandonment. Rejection, especially by those closest to us, cuts deeper than any ax-wielding madman. And the most horrifying rejection skulks within our own skin.

Such is the case with Russ Grote, the protagonist in my novel, When the Devil Climbs.

After a lost decade due to addiction and criminality, Russ is given a chance to reconnect with his estranged son.

The day before his scheduled reunion, a horde of savage pigs infected with a mysterious virus attack him and his coworkers, forcing them to take refuge atop a billboard.

On the surface, the novel is rooted in the animal-attack subgenre of horror.

I was inspired by classics such as The Rats (James Herbert), Jaws (Peter Benchley), and, the penultimate man’s best friend turned raging beast, Cujo (Stephen King). 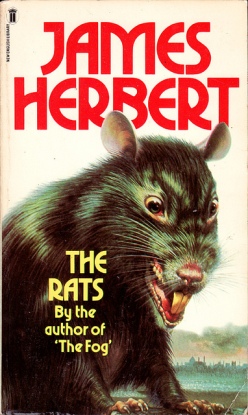 Where my tale differs is in its exploration of past misdeeds of the characters.

They are all ex-convicts with checkered histories, seeking redemption with their personal struggles.

The pigs trap them, but the true terror comes from what they are willing to do in order to survive. In the same way that what drives prisoners crazy isn’t the fear of being attacked, but rather the lonely isolation of solitary confinement, the most gruesome menace Russ must confront is the one lurking inside.

The story germinated from a family friend who hangs billboards for a living.

Right away, that struck me as the perfect setting for some horrific mayhem. A billboard has a built in fear of falling, but also offers the perfect isolated locale. Close enough to view the landscape, but far enough to be separate and alone.

As for the pigs, they sprouted from an article in the New Yorker about wild pigs who were ravishing farms in the southern portion of the United States. I currently live in California, so I set the billboard within the sprawling farmlands of the central valley, which I observed while driving with my wife on a road trip from Los Angeles to San Francisco. After escaping the jam-packed sprawl of the city, the haunting beauty of the fields offered both a natural beauty and an eerie solitude.

The tale began as a meandering short story, which I quickly tossed into the edit later pile. I was unable to decide on an ending, so I overcompensated by expanding the length, but it still lacked direction and focus.

I did a lot of research on hanging billboards, but this came off as if I was writing a job manual, so I remained stuck.

With assistance from some kind beta-readers on Fictionpress along with notes from a pair of professionals from the writer’s workshop at the World Horror Convention, I retooled the story, zeroing in on the relationship between Russ and his son. Now, novel length, the characters and their arcs were well defined, but I still lacked an ending.

When hitting a wall while writing, I’ve found it best to avoid trying to climb over. Instead, I dig the biggest hole and dive right in.

As soon as I did that, the ending just appeared. It came as a total shock, which I hope will translate to my readers. After that, I queried agents, found one, and did rewrite after rewrite until both the publisher and I were happy with the result.

Honestly, I’m shocked how all the minor tweaks added up, transforming the original rambling tale into a tight novel.

Oftentimes, it’s romantic to imagine a solitary writer pounding word after word, but really, without outside help, When the Devil Climbs would never have come to fruition.

I can’t thank all the people who helped me in this journey enough.

Drake Vaughn’s “crinkled fiction” is a blend of horror, dark fantasy, and speculative fiction with a heavy psychological bent. His tales appear deceptively simple, but transform into a wild spree of suspense, madness, and trauma.

He lives in Santa Monica, California with his wife and a black cat named Shadow (who he is certain has come back from the dead on a number of occasions). 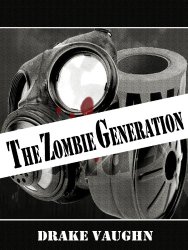