A looong ways back I was given a bunch of comics to review from Hound Comics (sorry for the wait!) but here’s the next one in the batch:

Brimstone and his brother haven’t gotten alone in a very long time, but when  Orgathan gets kidnapped, Brimstone appears to be his only hope.

Blood lines create bonds between brothers connecting them on the deepest of levels.  But in time, these bonds can be torn apart through anger, jealousy and in the worst cases… bloodshed.  When an extremely delicate and urgent job comes knocking on Brimstone’s door, the head Borderhound is forced to make a serious decision.

This edition of Brimstone and The Borderhounds answers the age old question, “Am I my brother’s keeper?” [houndcomics.com]

At first glance this comic seems to drop you off in the middle of some unexplored batch of characters who’s only purpose is to dramatically beat-up bad-guys, but the more of the Borderhounds universe I read the more I realize how much heart these comics have.

This story in particular has the action-packed aspect balanced out with the deeper relationship between the brothers Brimstone and Orgrathan. [images from TheBorderhounds.com] 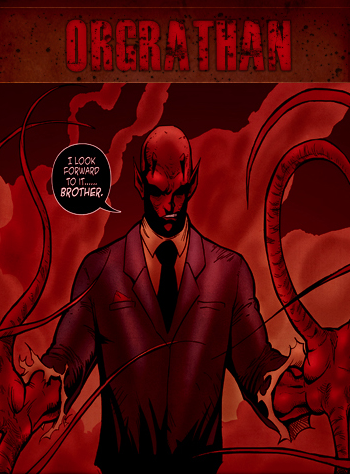 The story kind of jumps off without much introduction of characters, so if you’re not familiar with Brimstone and his gang then you’ll start the story a bit off balance. (But hey, that’s why you chronological order is a thing, that I’m apparently ignoring.)

That being said there are a lot aspects going for this particular comic.

One of the biggest strengths of this comic is the artwork. It is vibrant, interesting, and captures the action incredibly well.

And , you have to love the character design that goes into this. There’s a whole assortment of fun and interesting characters that show up throughout the story. Many of which I hope will turn up in other issues and get a little more development.

Knowing that really helped me appreciate the comic more because that style of story arc and flair totally shines through in this particular issue.

Check out this interview VIVEKaterin did with one of the creators at the release party for this issue:

4 out of 5 blood spattered stars. It a fun, visually striking comic that I think fans of wrestling culture and superhero comics will enjoy. 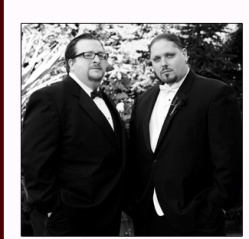 Hound is dedicated to providing topnotch entertainment including projects ranging from comic books to film and many things in between. The flagship brand, “Brimstone and The Borderhounds” has grown in leaps and bounds since its inception in 2005 to its eventual launch on October 31st, 2010 in Borders Book stores across the United States. [houndcomics.com]

Connect with the Creators