Welcome my wonderful horror fiends and happy horror haikuesday! Today we have a delightful assortment of devilish word-smithing to peruse. So let’s hop on in.

First up, is a poem from our Horror Made resident poet, Patrick Rahall:

My fingers bleed, my nails break.

My coffin is dark.

And out of the numerous, delightful and fantastic #horrorhaikuesday submissions here are this week’s two  illustrations.

The first is from Michelle Parker:

#horrorhaikuesday 😱
He opened the book,
Horror spilled forth from darkness,
There were tentacles. 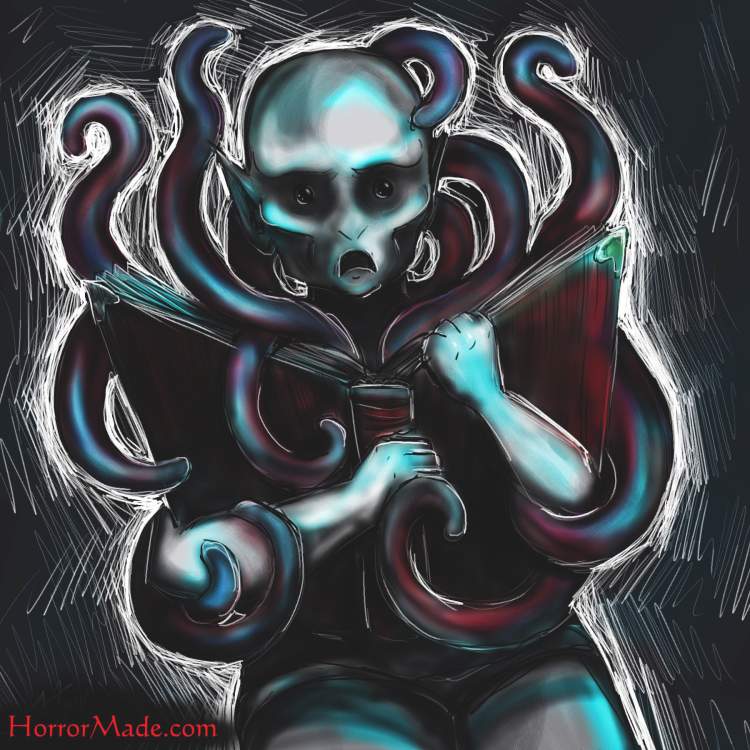 Next up, I saw that Andy Van Scoyoc and Nano Horror spun some striking images off of each other’s poems, so I wanted to do an illustration that played along that vein. (Very fun work guys!)

Although this first one isn’t quite a haiku ( missing a few syllables in the second and third lines) but I still really like it as a micro poem.