At the last two conventions I’ve been to I’ve met James Balsamo at his “Acid Bath Productions” booth. He’s such a character. Don’t believe me? Check out this conversation I had with with him at the CT Horrorfest:

Balsamo is the writer, director, producer, FX artist and lead actor in the film I’m reviewing today. James gave me a copy of his movie to review, so here it is.

Rich and his best bud Benny work at a comic book shop and have some absurdly bad luck with the ladies. Until they meet a wise-cracking demon named Az, that is. After that they’re on the prowl until Rich meets the love of his life, Ashley, and her super-duper-massive-@#*hole-of-a-boyfriend, Sal. Shenanigans ensue and eventually we find out that Ashley is being targeted by a soul-sucking demon from Hell and Rich has to save her by fighting off a horde of zombies and slaying the big mean beastie.

This movie had some hilarious moments, some painfully awkward moments, and some unfortunate technical issues detracting from the experience.

This style of film isn’t my normal cup of tea but there were aspects of it I really enjoyed and parts I think could have served the film better on the cutting room floor. So, I’m going to start with the negatives and then get into why I ended up actually enjoying this.

The audio and lighting was a mess.

Some scenes you can barely hear what’s going on and it’s so dark that you can’t even rely on lip reading to balance it out. Other scenes are drowned out with (admittedly killer) metal music, and any time there’s someone yelling (which is often) it peaks out and sounds down-right dreadful.

There’s one character who’s entire vocabulary was a stream of screamed out expletives housed in scenes where he yells endlessly about “his money” and something about “his sister.” Sal, played by Frank Mullen, was the character aka Ashley’s  super-duper-massive-@#*hole-of-a-boyfriend. All he did was yell curses at people and blow out the microphones.

But maybe that’s just what happens when a Death Metal vocalist makes his presence known. All microphones bow down to his power.

PS. If you haven’t yet, do check out Frank Mullen’s band Suffocation. fan-freaking-tastic death metal ❤

The Plot… also kind of a mess

This movie has tangents going off of tangents and I often found myself laughing at something on screen and then wondering, Wait, how did we get here, What was the point of this scene?  Which, if you like when Family Guy and The Simpsons do the same thing, you may actually like this tendency.

It was kind of like watching a Troma movie with some musical elements similar to Tencaious D, mixed with the long-winded awkward characters you’d find in a Jay and Silent Bob film. 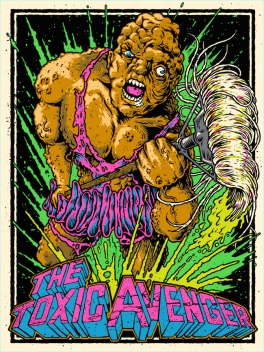 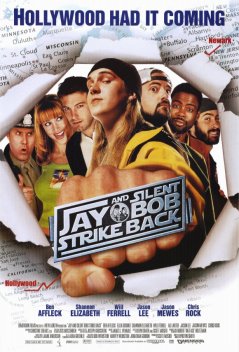 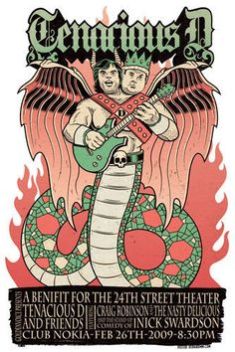 A mess, yet there were enough fun moments in it to make it charming.

Whenever the core trio, Rich, Benny and Az were the main focus it worked in a stoner-comedy kind of way. They were these goofy, sexually frustrated friends going on random misadventures trying to get laid. And they were fun to watch.

James Balsamo, as Rich, had some great energy on screen. And I found the endless grief he 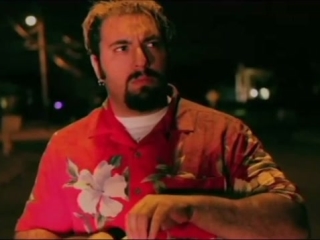 got about his dreadful cheetah print hair and loud Hawaiian shirts hilarious.

Also Az, the big green party demon/genie, was charming and slimy, and I only wish he’d been on camera more. Also, the teeth prosthetics he wore were really well done.

Those were three of the selling points on the trailer for this movie, and it does deliver. But man-o-man, there were a TON of random sex scenes. Super duper awkward ones. Those suuuuuper awkward sex scenes could have been a lot funnier if they were edited down to be snappier.

In fact if  they trimmed about 30 minutes out of the bulk of this film the humor of it all would have taken this from “Ok movie with some fun moments” to “low-budget hilarity.”

The Parts that Rocked

(Pun intended) There was some fantastic music in this movie. I would totally listen to a soundtrack from this film. In particular the theme song by Blood Sucking Zombies from Outerspace. Check it out:

And I can’t talk about this movie without pointing out the numerous cameos in this film. Tom Savini, Andrew W.K., Frank Mullen, Tommy Dreamer, Scott Levy, Carmine Capobianco, David Naughton, Laurence R. Harvey, Caleb Emerson – all of these fantastic people and a whole bunch of bands made appearances in this film. It made it so much fun!

My favorite part about this whole movie?

I’m a sucker for puppets, and this one just randomly shot out of Rich’s nose as a big glob of green silly putty that transformed into a deus ex machina deliverer of the Super Bong. It was just so out of left field that it worked for me.

And look at that face! How can you not love that gooey dude?

This film looks like they had a lot of fun filming it.

The joy and energy that this cast and crew seemed to have had on set really comes through and makes this imperfect film one I ended up enjoying.

And that’s the main thing about this film, once you get past the technical flaws, there are some genuinely funny moments in here that make it worth watching.

One fact that I keep thinking on is that Balsamo made most of this film happen with his own two hands. Sets, props, writing, directing, editing and my favorite, BooGar, included. This film may have it’s imperfections, but the blood, sweat, tears, and love he put into it really shows. And I definitely look forward to seeing what craziness he invents in the future.

3 out of 5 blood spattered beers. Grab some drinks and friends and watch this one when you are in of need a good laugh.

You can find a copy of Cool As Hell

on Amazon.com and if you buy the movie through this link, part of your purchase goes to help support me without adding anything to the cost.

Thank you so much for visiting!

Jeanette is a participant in the Amazon Services LLC Associates Program, an affiliate advertising program designed to provide a means for sites to earn advertising fees by advertising and linking to amazon.com