Every Tuesday we write, we imagine and we horrify. And sometimes, we help each other out. You’re beautiful people and remind me of it often.

And for the Month of May I wanted to feature a poet and micro blogger who’s been a huge help in making Horror Haikuesday grow. He’s wickedly clever with his words and I thoroughly enjoy how he flips trending hashtags on their head with a horror twist.

Here’s a thought from Edward on his process for each week’s Haiku:

Nano Horror: “You may or may not have noticed that even with horror haiku I usually try to include some sort of seasonal trigger word in the first line, in the style of traditional Japanese haiku.”

So here is his first poem of the month: 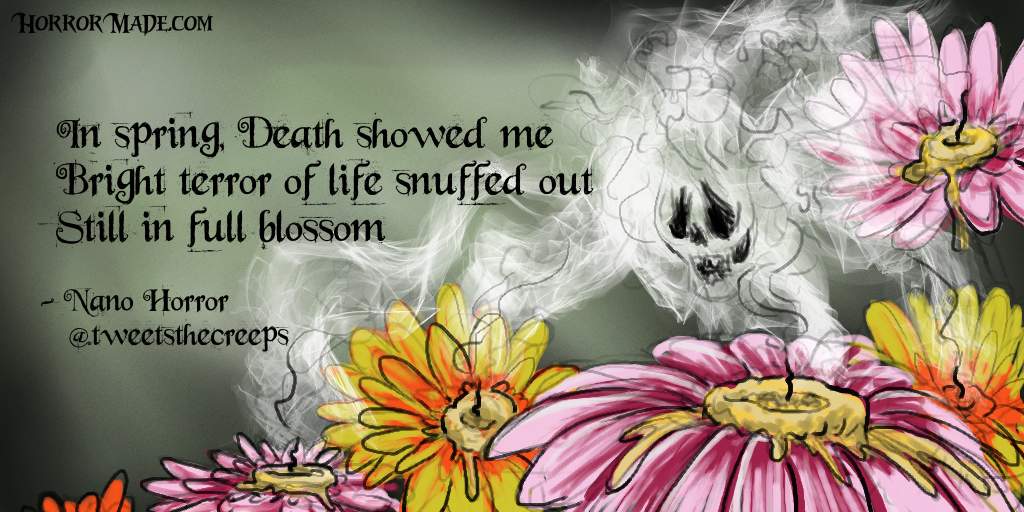 In spring, Death showed me
Bright terror of life snuffed out
Still in full blossom 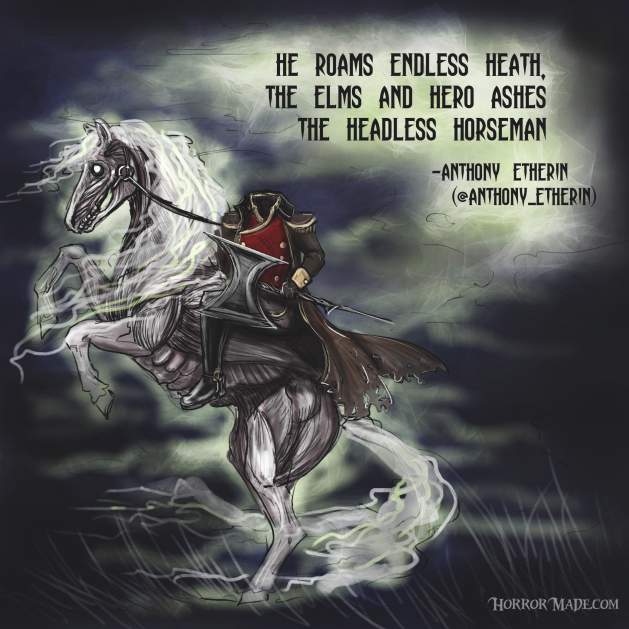 He roams endless heath,
the elms and hero ashes –
the headless horseman.#Horrorhaikuesday #Micropoetry

And here’s the time-lapse of how it was made. All told it took me about an hour and a half to do. You can tell by how often the color of the window changes. LOL I have the background set to change every half an hour and the color changes to match it. It helps me keep track of time a little better, because I rarely look at the clock.

On to the next with one of Haiku of Horror’s clever call to horror cinema:

After the the world changed,
We were no longer ourselves.
Just as gassy, though.

This next poem really struck me. At first I saw an image of werewolves, but then this idea of poisonous oil seeped into my brain. I kind of wish I’d thought to record this one too, it was an interesting process getting that iridescent look. 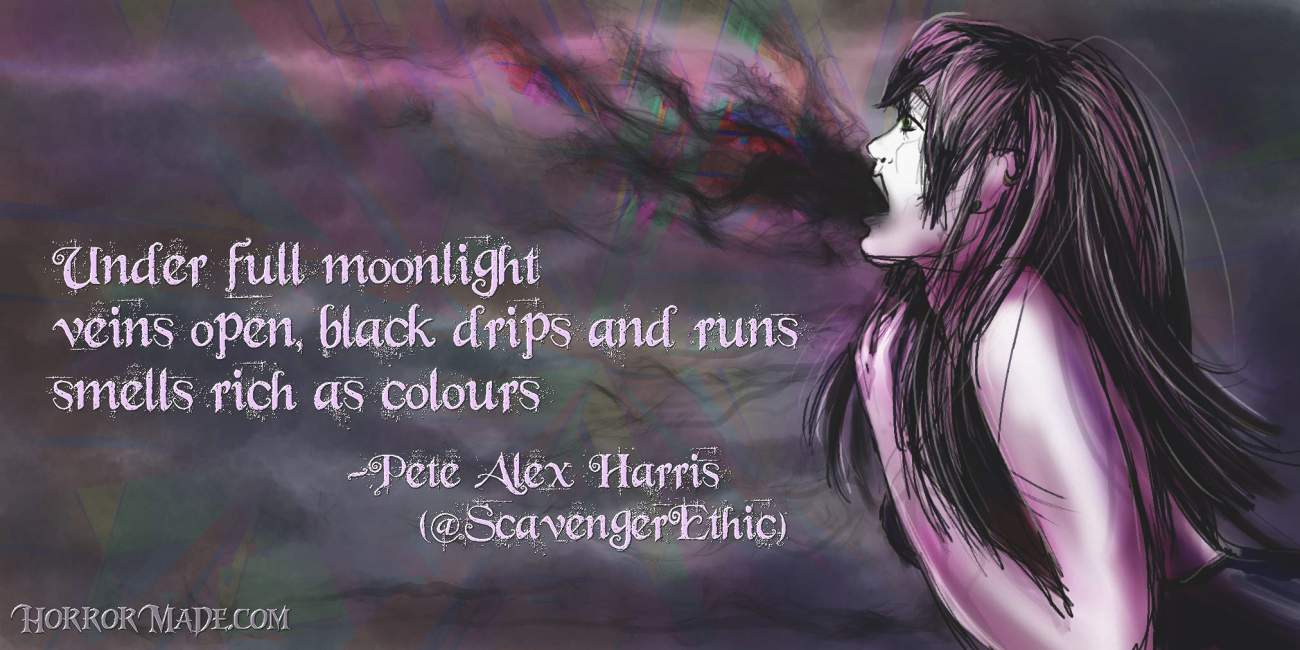 And last of the day, is a poem from Honora that cracked me up when I read it: 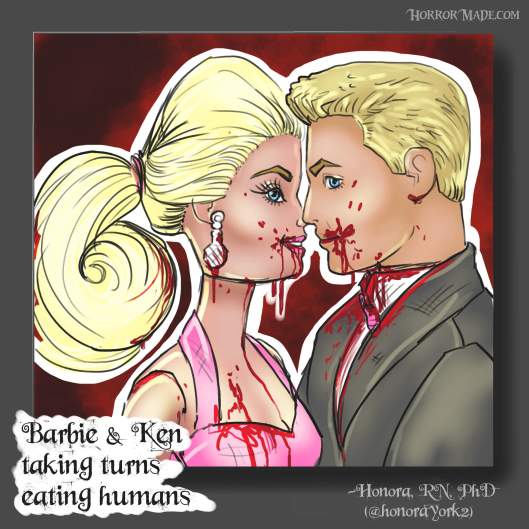 Have a fantastic day my friends! And if you’d like to join in on the collaboration, use the #horrorhaikuesday on Twitter or Instagram and I’ll gather up a few goodies to feature for the week. You’re wonderful, and happy creating!

Also, I don’t think I’ve said it before, but feel free to copy, save, and share these images wherever. It’s your creation as much as it is mine. Just don’t sell it please.