This week’s Horror Haikuesday is going to be a little different. I know we were all feeling the loss from the multiple shootings last week. I still am, and I can only imagine that you are too.

I have one piece of art to share, and I wanted to bring you the poems that were written about the shootings. I know the art and poems really only help us deal with the emotions we are feeling, but there other ways to help the families for those killed in the Orlando shooting which you can read the entire list on orlandoweekly.com. 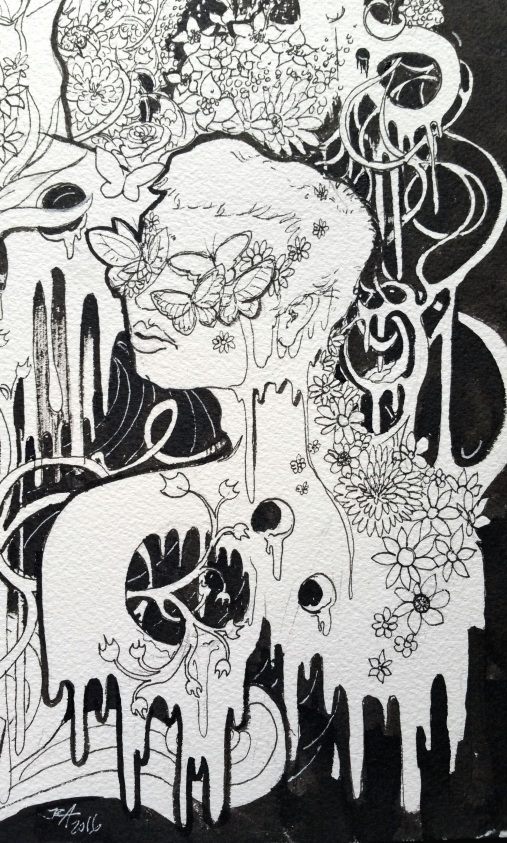 I tend to try and not get too political here. We get inundated with it everywhere we turn these days, and usually it’s about stupid s**t. The most we see covered about politics lately is whatever ridiculous thing Trump has tweeted out last. But I’m going to rant for a minute anyway.

We need to change our gun laws. And I know a huge chunk of my family, let alone folks on the internet, will not agree with me, but we really do need to make guns harder to get. Take away all of the guns? No. We do deserve to have access to them on some level. My issue is not with revolvers or shot guns, its with the semi-auto weapons that were designed for war.

Why is it so easy for a civilian to buy semi-automatic weapons? Seriously. Only a few weeks ago I could have been one of those sad little numbers full of holes because some hot-head with a semi-auto rifle was going to open fire on a street full of people. Why can we buy ammunition online? Why aren’t there background checks and psychological evaluations before these things are placed in someone’s hands?

If you agree that we need to change things, then you can sign this petition asking for a change in gun control on petitions.moveon.org and/or you can send a letter to your State Representative or Congressman.