I needed a little more time to finish reading this week’s book, so say hello to a treat from our guest author today, Caroline about the truth behind some of our favorite horror movies:

There’s something satisfying about the truly terrifying. We know horrormade.com gets it, and we’re thankful to them for featuring us on their page. If you’re into a little dark poetry, check out their “HorrorHaikuesday” for an interesting blend of poetry and art.

What makes a horror film truly terrifying? Is it jumps at every corner? Is it eerie music, high-quality makeup, or perhaps even special effects? While many different elements go into making a movie frightening, what’s truly scary is something that may have really happened.

The movies we relate to most are the movies that are the most real. But with as many movies that exist today, it can be tricky to tell the difference. Ever wondered if the psychotic murderer in your favorite flick was once a real person, or at least someone very similar? We’ve done a little research, and you might be surprised what movies were based on real events.

The first is a relatively recent film. That’s not to say it premiered this year, but rather within the last few years. If you’re big into horror films, you may have already run into it.

Based on a real-life item that recently debuted on one of Travel Channel’s newer shows, “Deadly Possessions,” The Possession focuses its story around a man by the name of Clyde, who becomes possessed after his daughter purchases him a box from a yard sale. While it doesn’t come to light exactly what evil is lurking in the box until later in the story, many are unfortunately familiar with the real life story.

Known as the “dybbuk box,” the item found in the film is based on a real-life object that is said to contain a type of devil or malicious spirit. After its sale on eBay, it’s been said all its owners suffered from various misfortunes, from nightmares to illness. Naturally these things are hard to verify with certainty, but what’s known for sure is that the box actually does exist.

While it’s not incredibly shocking that The Exorcist is based on real events, it’s much more interesting that the priests of the Roman Catholic Church actually did perform the rituals depicted in the movie. The recipient of the real exorcism was an anonymous individual who has been termed Roland Doe for the purposes of concealing their identity.

The film follows the original act closely, although the possessed boy is replaced with a twelve- year-old girl. Similar to how the real events are described, she becomes possessed after playing with an Ouija board and begins exhibiting signs of possession including supernatural strength, speaking in tongues and knowledge of the unknowable (common elements).

Much like the “dybbuk box,” possession is hotly debated. But certainly these events had an impact that reaches far beyond the original Exorcist movie, as other films have continued to follow a very similar pattern with regards to how “possession” is handled. It’s also created a very public expectation of exactly what a possession is.

Here we’ve got a selection of well-known films all based on the same real-life psychopath: Ed Gein. Texas Chainsaw Massacre, perhaps one of the most violent films of its time, depicts Leatherface, a human-skin- wearing murderer with a chainsaw hell-bent on slicing up his victims. On its release, it was banned outright in multiple countries for its gratuitous violence. 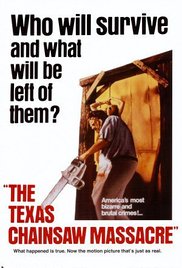 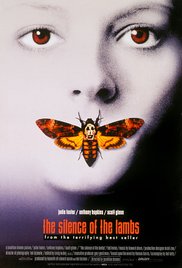 But the character itself was most certainly based on Ed Gein, even though plenty of liberties were taken. Ed Gein was a serial murderer that carved his female victims up to wear their skins (in an attempt to look like a woman). This should sound familiar if you’ve seen Silence of the Lambs; Buffalo Bill was based directly on these specific elements.

Psycho also borrows elements of Ed Gein with its relatively feminine psychopath, Norman Bates. Norman, much like Leatherface, is more loosely associated with the real person and definitely has elements of his own. None the less, all of these characters were spawned from writers’ different imaginations after interpreting the life story of Gein. 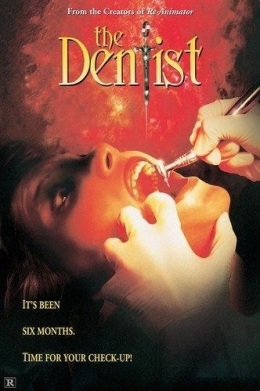 There’s really nothing wrong with a routine visit to the dentist—unless of course your dentist is really a serial killer who has motives reaching far deeper than just stabbing you in the gums to see if it hurts (and yes, it does!). That’s exactly what we get in the story of Dr. Feinstone as his life gradually takes him from being a very prominent dentist to being a very insane murderer.

The film’s events are all based on the famous serial killer Glennon Engleman. Admittedly the film takes some additional liberties by converting its character into a psychopath; the real Engleman was a hitman that killed people for money (hard to believe a dentist could need a side job). While it’s alleged he was a sociopath, his actual character was far more calculating than Dr. Feinstone, who eventually winds up in a psychiatric hospital in the movie. 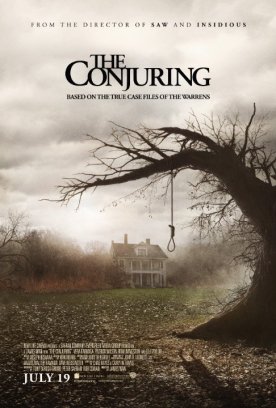 There is no shortage of films based on the exploits of Lorraine and Ed Warren—from Amityville to the place depicted in The Conjuring (Harrisville), the dealings of the supernatural that these two have experienced continue to be the basis of terrifying films.

The Conjuring focuses on the story of Roger and Carolyn Perron as they come into possession of a new home badly in need of care. What they discover is that the house needs more than just a few surface re-finishings; it needs an exorcism. The plot covers all of the events leading up to the final confrontation with the spirit of the former accused witch, Bathsheba. Though the plot is not entirely dissimilar from other possession movies, the telling is considerably more modern and focuses heavily on elements currently used to investigate the supernatural. The aesthetics of the film are all excellent, and it’s definitely worth the viewing time.

“Based on a True Story”

Chances are while reading through you may have picked up on a particular theme here: while many films are based on real events or people, few follow their exploits exactly. For the most part, writers tend to use these elements simply for inspiration. Only in very rare cases (such as Buffalo Bill) are characters incredibly close to their real counterparts.

In some cases, you will find movies that seek to depict actual events truthfully as they happened, but even then some liberties are frequently taken. With that in mind, have you a favorite scary movie that was based on something that actually happened? Just what is it about these movies you find most riveting?

Share with us in the comments. We’d love to know!

About the Author: Caroline loves a good scare just as much as the next person and enjoys writing about that experience just as much. If you enjoyed her piece here, check out some more of her writings on Culture Coverage and her geekier side at Secure Thoughts.