What if, there was a way to find the perfect horror movie to watch next by searching one site? Instead of scrolling through netflix, popping over to Hulu and then wandering through “Top 100” lists, there’s something new. It’s still in the growing stages as a website, but I found the concept of this search engine to be incredibly intriguing so today we have a guest post from Kristo Nalo at Mega Movies to share about this new resource for horror movie aficionados.

An excellent selection of horror movies has come out the last several years. Horror movies have always been a popular genre of film, drawing in thrill seekers and viewers who want to experience that fatal human emotion – fear. The growth of the movie industry naturally led then to the increase of horror movies, and every year sees the inclusion of a batch of new quality horror films. With so many interesting looking horror films out there, it’s useful to have some guidance on where to watch these new additions online.

I often find myself heading to Google, typing in things like “best horror movies 2016” or “best new horror movies” to see what lists come up. I’ll evaluate each of these lists, trying to determine what horror movies look good. This can often take a while, especially if I find myself on websites that list movies on individual pages that require me to see far more advertisements than movie selections.

Also, hopping from search engine to search engine doesn’t always turn up the best results. Some people construct lists from their personal tastes, not from overall critical reception, and this can lead to some strange movies making the list. For example, one random list suggested V/H/S: Viral, which ended up being a chaotic mess that didn’t really seem to me like a quality new horror movie release.

The Mega Movies search engine is a great source for finding high quality previews of the latest movies.  You can search for places to watch online films quickly and without a ton of hassle as well. No picking and choosing through listicles surrounded by endless advertisements and pop-ups. This significantly cut down the amount of search time before I was finally watching a new highly rated horror movie.

There are several brand new horror movies on there now, so let’s look at what the latest horror concepts are and how they plan to scare audiences.

The latest film found on Mega Movies’ search engine is the American horror movie Lights Out (2016). This supernatural flick is the directorial debut of David F. Sandberg, and stars Teresa Palmer (The Grudge 2) and Maria Bello (Thank You for Smoking, A History of Violence). In terms of a horror movie with a popular release, Lights Out has done fairly well, grossing over $63 million and being received well by the critics. The story is about a woman named Rebecca (Palmer) who is struggling to help her younger brother, who has recently begun seeing the same menacing figure of a woman in the darkness as her. Be sure to brace yourself for jump scares and eerie imagery as the film turns the lights out.

When I first saw the preview for this movie on Mega Movies, I knew I needed to see it. Even the trailer is scary, and gives the viewer some terrifying imagery. Luckily, right after viewing the trailer, there were links on the same page leading me to where I could watch the movie. Very convenient! 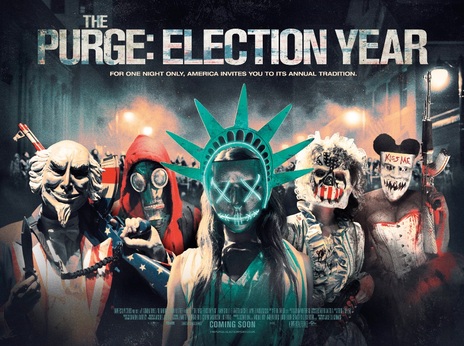 Another recent horror movie on there is The Purge: Election Year (2016), the third installment in the dystopic action horror series that has proven popular in the last several years. The film is directed by James DeMonaco, the same director as the other two Purge movies, and stars Frank Grillo (Zero Dark Thirty, The Purge: Anarchy) and Elizabeth Mitchell (Lost, Frequency). Coming from an established horror series, Purge: Election Year has found more success in the box office, grossing over $95 million. In this installment, Roan, a character from the first film, is a senator trying to rid America of the annual Purge, but must survived the latest before that can be done. Based on the previous two movies, viewers can expect a bloody action-packed plot.

The name caught my attention on the home page as I scrolled through the movie posters. I had enjoyed the second installment of The Purge, so this inspired me to check out the movie trailer for the latest release. And I was not at all disappointed — the sort of fun and thrilling dark horror movie that I expected after enjoying Anarchy. 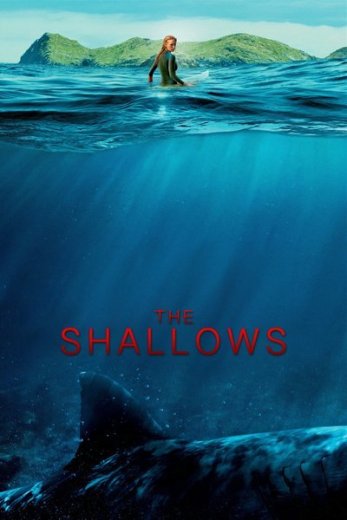 The new survival thriller The Shallows (2016) can also be discovered on Mega Movies with a quick search. This movie was directed by Jaume Collet-Serra, known for his other horror films Orphan (2009) and the 2005 remake of House of Wax.The film stars American actress Blake Lively (Green Lantern, Gossip Girl) and tells the story of a medical student who is stranded while surfing far from the shoreline, challenged with the presence of a great white shark. This film has managed to gross around $68 million at the box office so far.

All of these movies can currently be found on Mega Movies, along with other popular movies in other genres. Fans of horror films should surely check out the site and preview all the available movies, enough to make for several nights of popcorn and entertainment.

Thank you so much for sharing this information with us Kristo!