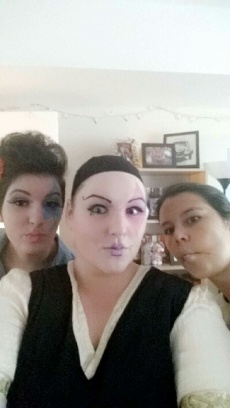 How are you doing? No seriously, I’d love to know.

I, personally, feel like life suddenly hit warp speed and I didn’t quite get the hatch sealed, but I’m hanging in there- just barely- dangling from the side of a melting Enterprise by the tips of my fingernails.

So today, I just wanted to catch up, let you in on all the going’s on that have been popping up around me. By next week I’ll be able to get back on track with the book reviews.

First off, if you’ve been following the craziness on SnapChat, you’ll know I just finished up a photoshoot with my friend Layla. I only had half of the costumes completed, but the Twisted Tea Party we did manage to pull together I’m thrilled with. I’ll also say, that it’s fantastic to feel so confident in front of the camera these days. I may not have lost much weight yet, (15 lbs down! whoot whoot!) but I seriously felt like a rock star during our shoot yesterday. Vain as could be. Hehe.

Here’s the crew from Left to Right. 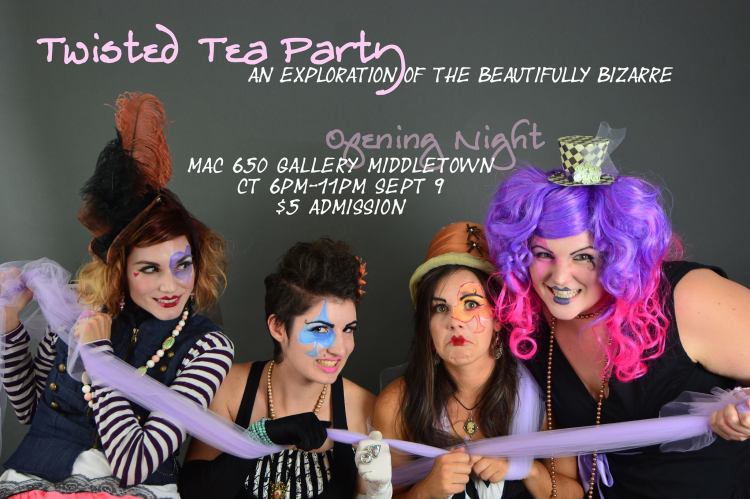 Missy is a costume designer for feature films. She helped a ton with pulling together these looks out of a pile of random things I gathered. She also was a massive help when it came to styling hair because that is not really my forte. I pretty much think high fashion hair is just teasing it out like crazy and adding a ton of hairspray… Or tossing on a wig. XP Also, fun fact about Missy in this photo: see that purple heart? We had to add that to cover up the shiner she was rocking from a failed fight with a clothes hanger. Yep, you read that correctly. lol.

Liv, that rock star with the blue spade on her face, is Layla’s cousin. That’s one girl who needs zero make-up to look stunning. Although I have the distinct privilege of being the first person to ever tell her, “I think your brows need to be bolder.” I may or may not have been having too much fun with the liquid eyeliner…. I was enjoying channeling those Tim Burton swirls.

Layla, the sad face next my crazy one, was our photographer. She’s also a long-time friend of mine from when I was production designing feature horror films on a regular basis. We’ve been talking about doing this photo-shoot for years, and we both knew that without a public deadline- we’d still never do it. So, true to form, 4 days before the art exhibit opens, we’re pulling this together. Today we hung out again to pick out which of the 400+ photos would actually get printed for the show this Friday. We narrowed it down to 50 or so. It was tough though! There were so many good ones!

The last one in the photo is yours truly, in case you’re new here. Welcome! Also, that wig was worth every penny I spent on it. ($25 from Party City) It’s was so perfect. Although, the hair in the back was a little thin for my liking, but it worked really well. I’ll need to take some time and properly style it in the future. Such as, taking out the shine, fixing some of the curls etc. But that’s a project for another day. 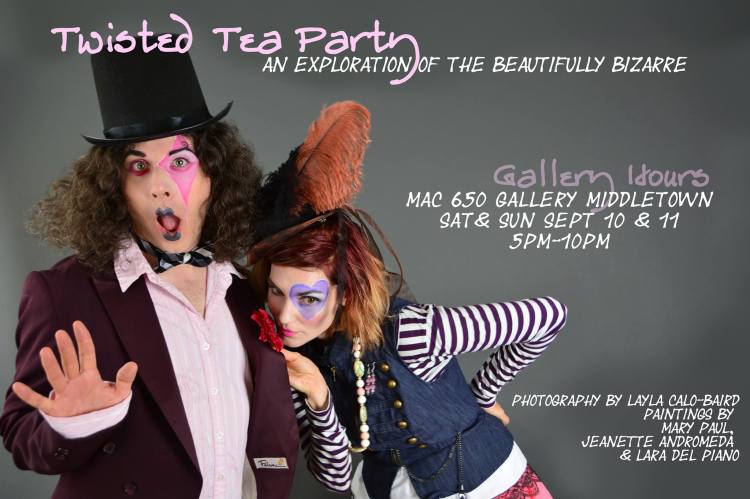 Immortal Alexander was shanghai’d into being a model for us too, so he joined us after he got out of work. And dang it! That man totally stole the show and effortlessly nailed the Zoolander effect as soon as he stepped in front of the camera.I mean, seriously. Look at that face. 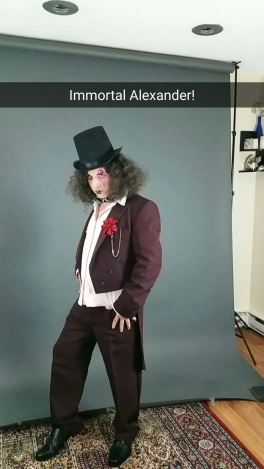 So now it’s a matter of hanging up paintings and the prints tomorrow. I’m so excited to get going on this. I can hardly wait from tomorrow night.

We’ll have Layla photos from this shoot and a bunch of paintings from myself, Mary Paul, and Laura Del Piano  (the talented artist who just moved into my old apartment).

Mary  just returned from a two month trip around Europe and will be sharing some of the paintings she created while she was traveling. I’m practically bursting to see what she has in store for the show tomorrow. I’ve seen a few of her watercolors from the trip and they’re fantastic, but I have no idea what she’s cooking up for this.

Lara’s contribution to the exhibit is a collection of lace paintings she’s been creating. She also started her creations while she was overseas. She was actually teaching English to highschoolers in Italy when she got started! How cool is that? I’d love to 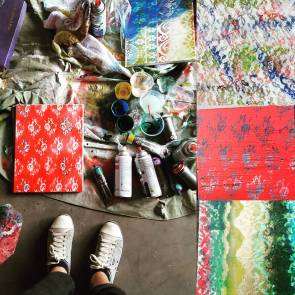 spend a year over there creating. *adds thought to bucket list* Her collection started as a way to preserve lace that her grandmother gave her and has grown ever sense. I think it’s a beautiful way to capture the intricacy of lace that might otherwise be too degraded to enjoy.

On top of all that visual exploration, and in fact, the main reason all f this is happening is Friday’s opening is a Home Brews and Open Mic night called Untapped. Immortal Alexander has been working on putting this together for months now. He’s planning to perform some very vulnerable poetry during the event, and I couldn’t be more proud of him for doing this.

Gah, well, that gets you caught up to Friday’s 6pm-11pm event at least. I’m also planning a slew of things for October and trying to get all of that scheduled in, but, given that this is a pretty long post already? I’ll fill you in on that a little later.

Wish us luck on the event page even if you can’t join. We’re going to need the encouragement to get this pulled off in time. ❤