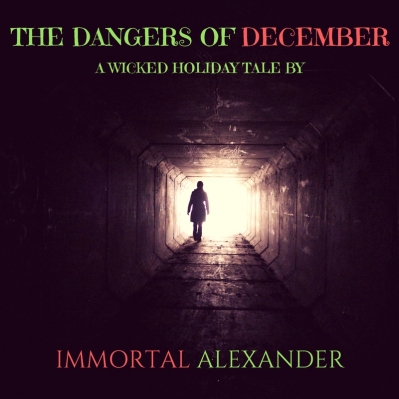 When winter comes death is always near. If the biting winds and the bitter cold don’t kill ya the monsters hiding in the dark damp places will. One fateful December a scraggly old homeless man dressed in a tattered red coat made his way through the abandoned tunnels of New York City. At least they were supposed to be abandoned. When you made it past the hot steam, and the pitch black tubes filled with festering rats you would see a faint glow not two miles down. There where all hope is abandoned you would find light. Electric light stolen from the city dwellers above. Stolen for those who have become forgotten.

This homeless fellow with his dirty white beard and glimmering eyes bore presents for his fellow castaways. Dirty children with their dirty pets get glimmering toys that were also unwanted. At the city dump they looked nasty and full of grime, but with a little spit and shine they looked magical under the incandescent light bulbs hanging precariously from above. The children delighted in their new toys. “Thank you Santa” they would say to the old homeless man, and he would reply in a deep bellow “I am not Santa lovely children, but do enjoy the gifts.” Then he would make his way deeper into the abyss to the adults congregated around half complete chess sets and playing card tables missing a few suits. 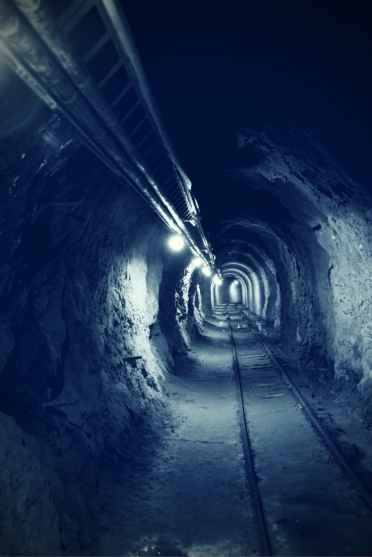 The homeless fellow with the white beard and the red tattered coat would little by little complete their misshapen games with the missing pieces he would find along his travels. He would also distribute a flask of brandy when he came upon it. Anything to cheer up the lost, the broken, and the discarded folks of this ramshackled dwelling. Not quite a home, but a fine home it made for those who have nothing.

The homeless man traveled a bit farther down the tunnels to spy if any new visitors had gotten lost or decided to travel to the less safe parts of this maze of darkness. The light faded to pitch black midnight. Not even the eyes of the kind old homeless man could see through this patch of darkness. He knew his way well enough and needed no light to find his way. If there came a path he was unfamiliar with he would simply remove a small stone from his pocket and throw it into the blackness and just listen. The sound it made told him all he needed to know. Air shaft. Not safe.

Then from the deepest darkest corners of nothingness came a low growl, and a screech! The homeless fellow held fast. He was not afraid of the dark, but he knew not what hid in its most secret places. The man grabbed a thick pipe from within his coat and held it tight in his right hand, and felt his way through the dark with his left. As he got closer the sound grew louder and more ferocious. The screeching and growling echoed through the tunnels in a manner that played tricks on his ears. Was it in front of him, to his side, or right behind him?

Then the sound stopped abruptly. Dead silence. Eerie, and ominous silence. The homeless man could hear only his own breathing, his own heartbeat. The homeless fellow was struck from some unseen foe sending him flying backwards. He slammed into the side of the tunnel causing bright light to fill his vision, and his pipe to clatter noisily to the ground. A metallic clanging that rattled on endlessly. The man slid to the ground and heard the growling grow loud in front of him. It approached slowly. He could hear what sounded like large paws stepping forward scratching the stone floor as it advanced. Then what sounded like leathery wings unfurling and flapping gently in the dark. The homeless man remained motionless seeming to reside himself to his fate.

The creature leapt forth with eyes that now glowed like burning coals illuminating the pitch black tunnel making it look more like the gates of hell. All the homeless man could see was endless rows of sharp teeth and millions of gleaming red eyes. Then chomp! The light was out. Just like that all grew silent and dim once more. Then more chomping, and chewing commenced. The homeless man’s rib cage was splayed open wide with the head of the monster buried deep within. It was not the creature that was chomping and slurping though, but the ribs of the jolly homeless fellow that had teeth of its own. Once it was done with its dinner the rib cage released the headless beast as the homeless fellow patted his parasitic friend. The man stood and brushed off clumps of matted fur from his tattered coat. Remnants of the lifeless creature. Then he gave his nose a little tap, and in a twinkle of light he was gone with his deep bellowing voice echoing in the dark.

“Happy Holidays to all, and to all a frightful night!”

The weather outside it frightful but you are so delightful to leave me a like and a comment  my lovely little lovers of horror! I will flap my wings of leather and meet you on the twittersphere! @HtvImmortal