A short film that is visually beautiful and sharply brutal in equal measures.

An Old Woman. Alone. At night. What could possibly go wrong? I recently had the pleasure of watching a short film directed by Joshua Giuliano called, “Grandma’s House.” And it was… fantastic. So let me share a few thoughts with you. And I promise, I’ll try really hard […]

Dawn of the Dead (1978): Remembering George A. Romero’s Greatest Film Guest Blog by Thomas S. Flowers Francine Parker: They’re still here. Stephen: They’re after us. They know we’re still in here. Peter: They’re after the place. They don’t know why; they just remember. Remember that they […]

I BAKED HIM A CAKE – Movie Review

Hello my fellow horror fanatics. Immortal Alexander here with another horror film review. This time it’s for the short horror film “I Baked Him A Cake.” This is the second film I’ve reviewed from writer / producer Samantha Kolesnik. The film is directed by Vanessa Ionta Wright “I […] 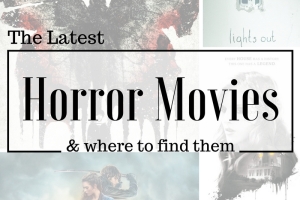 The Latest Horror Movies and Where to Find Them

What if, there was a way to find the perfect horror movie to watch next by searching one site? Instead of scrolling through netflix, popping over to Hulu and then wandering through “Top 100” lists, there’s something new. It’s still in the growing stages as a website, but […]

THE PRICE OF BONES – MOVIE REVIEW

The Price of Bones is the latest short movie from Hollow Tree Films. The film is about a young woman named Caprice who is obsessed with being thin. She shares this obsession with her friend heather. They jog together and discuss new ways to stay thin while commiserating […]

Last week I had the privilege to interview writer director Richard Powell of FATAL PICTURES about his film HEIR. That film was a horror drama about child molesting and its cyclical nature. The short horror film FAMILIAR however is a story about blame, and regret. Check out the trailer […]

Recently I had the privilege to interview writer / director Richard Powell of Fatal Pictures about his latest short film HEIR which is a dark drama with practical FX, creatures, and a very Lovecraft like vibe. Check out the teaser trailer! IA – What got you interested in […]

The Most Terrifying Films Based on Scary Real Life Events

Hush: a clever concept with… meh?

I was destined to watch this movie at the specific time that I watched it. I’m certain of it, because I was stabbed in the thigh yesterday… just like Maddie, the main character, was. (Only I stabbed myself by accident, and it wasn’t anywhere near as deep as […]