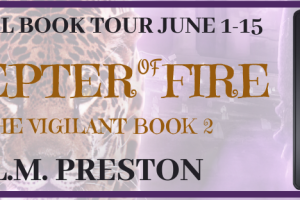 You know what’s a terrible idea? Reviewing the 2nd book in a series when you haven’t read book 1 and 1.5. You get all the recap spoilers and jump into the drama mid-story. I don’t recommend it. This is exactly what happened when I went to read “Scepter […] 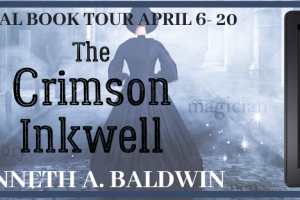 The Crimson Inkwell by Kenneth A. Baldwin

About the Crimson Inkwell The Crimson Inkwell, written by Kenneth A. Baldwin is about Luella Winthrop, a female journalist in the Victorian era who starts chasing stories to save her newspaper only to end up following a dangerous path. In this world of Gaslamp Fantasy women were not […]

The Thorn Princess by Bekah Harris

Ivy Hawthorne, a girl largely shunned by her parents, classmates, and seemingly rest of the world, starts to notice some strange things happening in her life. Animals have started intently watching her and her dreams are coming true. 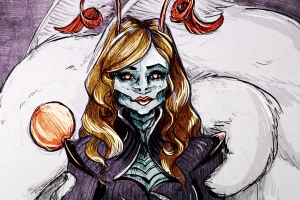 To Inspire you:   Family Portrait Beneath their chilly calm demeanor they plot hu- manity’s downfall. ~Jeanette Andromeda Featured Woman of Horror: This poet and author of horror is a powerhouse of creating unsettling tales. A.F. Stewart is the featured woman of horror today. And I know I’ve […] 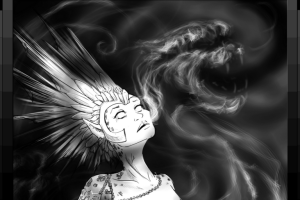 I’d like to try something a little bit different with you guys for a few Haikuesdays. Starting this week sometimes I’ll leave a little artwork for you to be inspired by and sometimes I’ll create artwork based on your poetry. I’ll explain further after we get to the […]

Today brings something a little bit different, a collaboration with Chris from Radio of Horror (an ACTUAL radio show in MA) and RadioOfHorror.Wordpress.com In anticipation for the new Dr Strange movie coming out we had a discussion of the character and the animated film that came once before. Before you […] 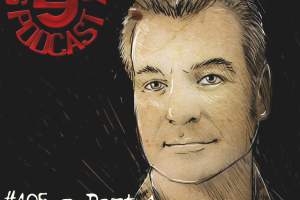 Freemasons are real, there’s no denying that. But they’re also incredibly secretive and apparently spent a good deal of time and energy building a little church in a sleepy town that has now sparked and entire series of books. This church’s secrets lead one author down a fascinating […]

Today I’m bringing you something a little different, something that tells the story of an epic adventure, a world split apart by war, racism, and greed. One filled with menacing beasts, and intelligent monsters who bring chilling thoughts of our current political world to my mind. And it’s […]

♥ – Post Author – Jeanette Andromeda – ♥ Good [your current time of day] to you my bookish fiends! This week’s book review is for the audiobook edition of The Dave Hincy Code by Richard Ainsworth, book II in the Widdowshins series. If you haven’t read Book 1 yet […]